This Sci-fi Short Film is an Award-Winning Film lasting approx 20 Mins .The film is titled The Fisherman” as JAWS meets ALIEN in the waters off Hong Kong ! The Fisherman received 35 international awards and close to 200 festival selections around the globe. 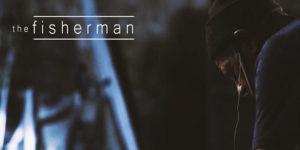 Mr. Wong is a third generation fisherman in Hong Kong, struggling to keep this tradition alive. One night, he decides to leave the crowded waters of the harbor, and fish in calmer waters. His luck changes when he catches something that does not belong to this world!
THE FISHERMAN Directed by Alejandro Suarez Lozano.His passion in film-making led him to write, direct and produce several short films that received 70 awards and more than 300 official selections in festivals around the world, including Screamfest LA, Bifan Korea, LA International Short Fest, Imagine Amsterdam and Seminci Spain.