Capcom’s mighty Street Fighter Franchise will never be the same again.Just check out some of these Master Pieces Statues !! Ideal for display or worship !! 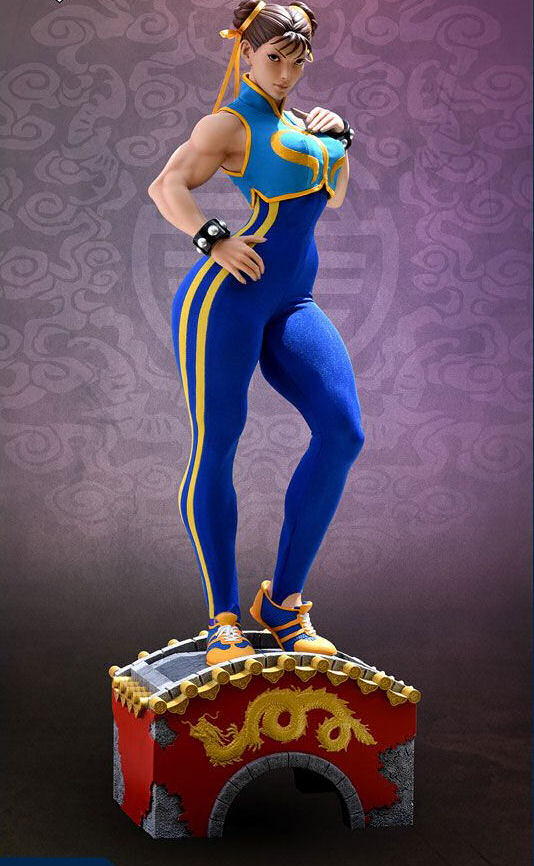 The Street Fighter Alpha Chun Li statue is beautifully displayed in her blue leotard and embroidered vest, inspired by her childhood hero the Mighty Bruce Lee.

Hand sculpted by Jerry Macaluso, 1:3 Alpha Chun Li stands as a loving tribute to the legend of Bruce Lee. Rip 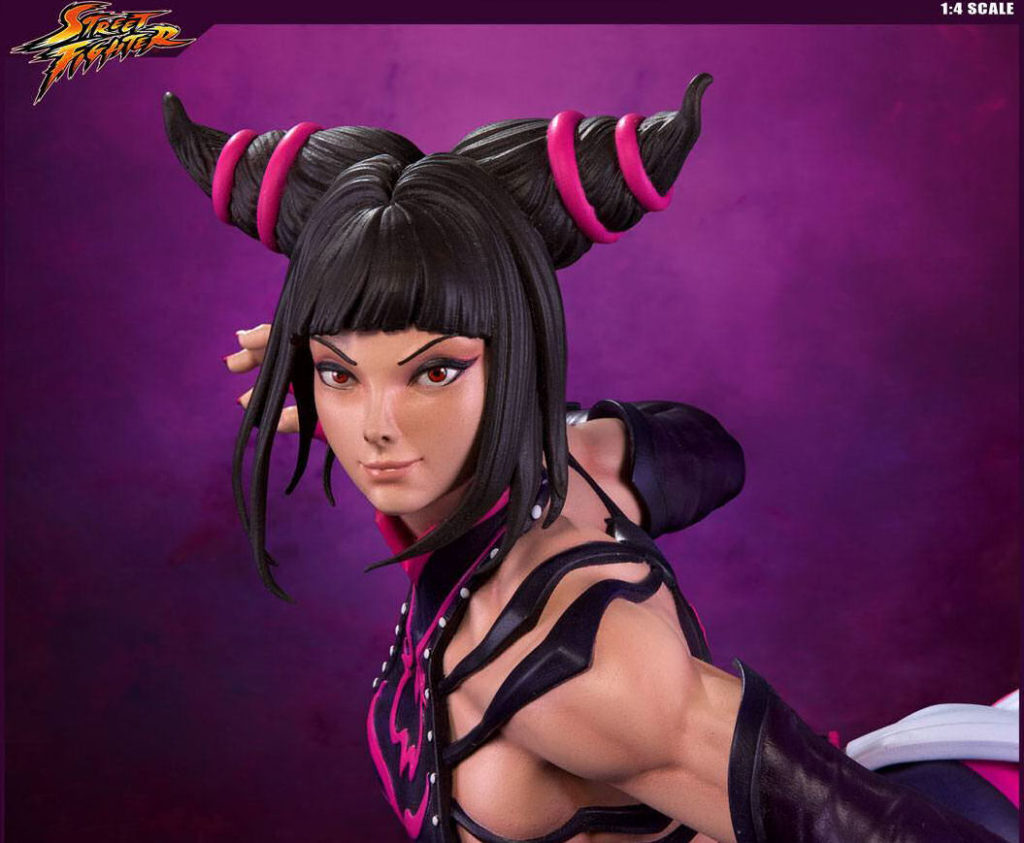 The amazing Juri statue stands a whopping 59 cm tall, and will add a touch of class to your Street Fighter Collection.Due Feb 2018.Hand sculpted the Pop Culture Way !! 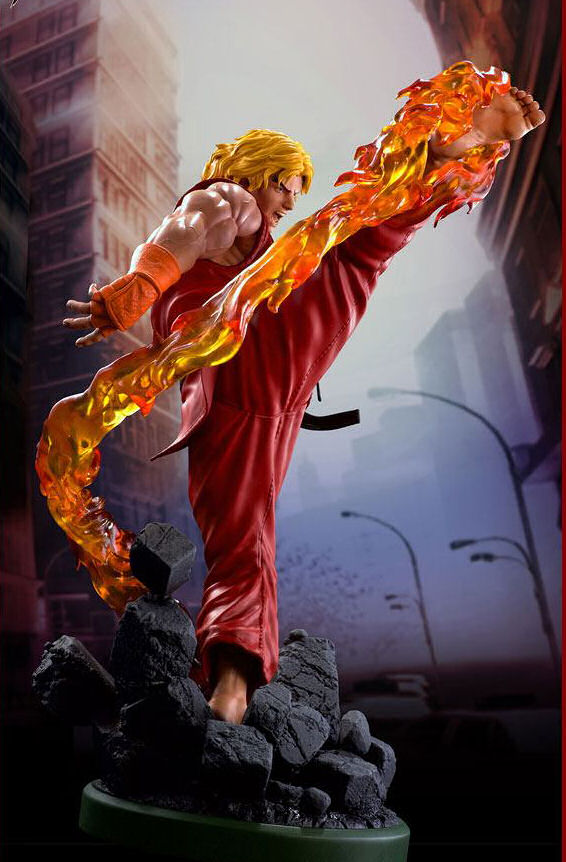 Ken is a married family man, and has traded in his trademark red gi for the first time in franchise history. Having learned humility and found inner peace, he is even ready to become the sensei and take on a disciple of his own.

PCS Collectibles celebrates the 30th anniversary of Ken Masters with this premiere in the 1:4 Ultra Statue line

This incredible version is based on his Street Fighter IV colors. His orange gloves and clean, bright outfit – with trademark sleeves cut . Showcasing the power of his kick, is the ‘Dragon Flame’ a fiery translucent resin to add to this awesome statue.Ready for display. Due May 2018. 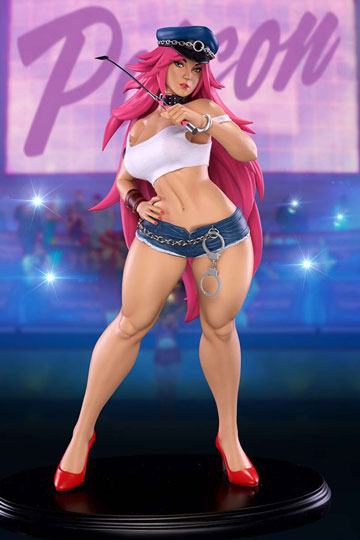 The delightful Street Fighter Poison statue was one of the most requested pieces by PCS Fans.So without delay Marvel at the sexy vivacious curves of Poison.. 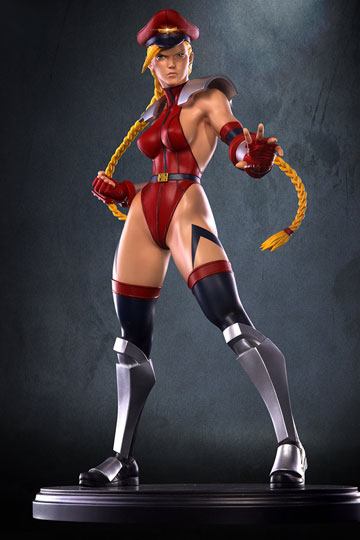 “There have been a lot of interesting alternate costumes in Street Fighter’s 30 year history, but this is one of those few that offer a whole different perspective on a classic character.”

In Super Street Fighter IV we see Cammy dressed  in M. Bison’s trademark Armor and Shadaloo cap, offering a look at what might have been Cammy had she never been freed of Bison’s mind control !! 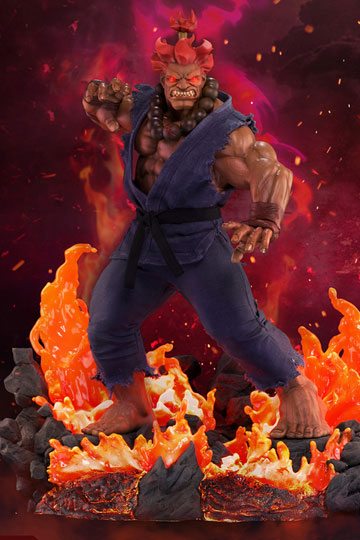 This 1:4 Scale Mixed Media Akuma statue is regarded as the holy grail of Street Fighter statues with the near perfect designs and incredible sculpted detail.You will not be disappointed !! 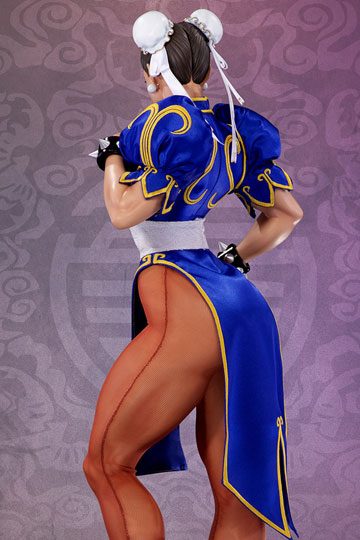 In This Classic statue Chun Li look’s as if she has just stepped out of the video game. 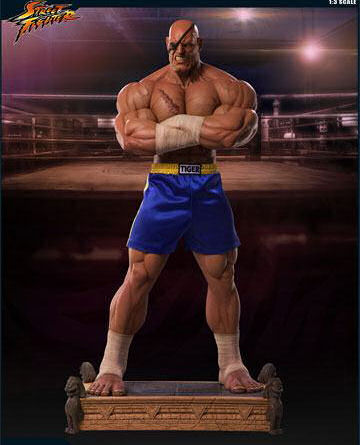 Street Fighter Sagat remains as one of the boss charchetrs of the street fighter franchise.He still today is one of the most vicious competitors in the game.

Sagat was Defeated at the hands of Ryu in the very first Street Fighter video game but Sagat returned in Street Fighter II, scarred, but even more determined than ever to prove himself as the ultimate martial artist!

This  PCS Exclusive version of Sagat will feature his trademark blue shorts with yellow trim and a highly detailed platform base. 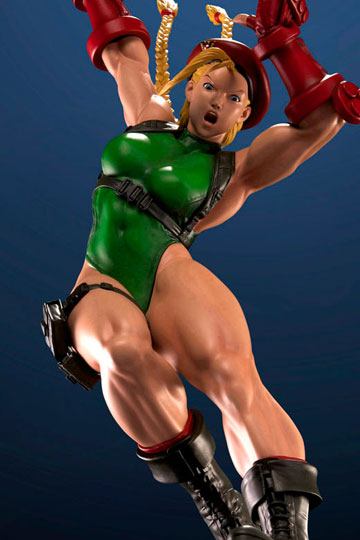 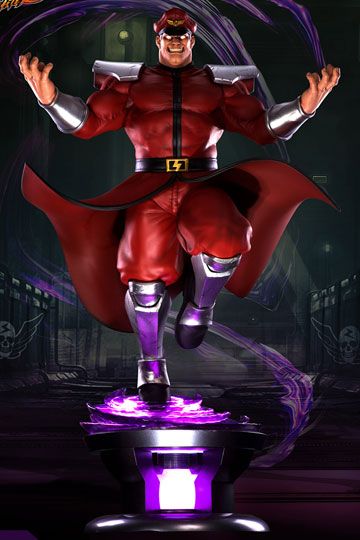 M. Bison is the symbol of pure evil in the Street Fighter universe.

Now Pop Culture Shock Collectibles are delighted  to unveil their Street Fighter V M. Bison 1:4 Ultra Statue. This incredible piece features a Psycho Drive base literally overflowing with Psycho Power via a LED lighted base as well as LED eyes .Comes with a signed certificate of Authenticity! 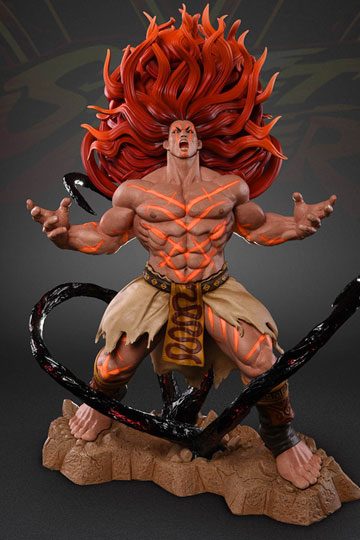 Necalli is the newest fighter to join the Street Fighter family.He is a mysterious wildman !!

Includes a signed certificate of authenticity. 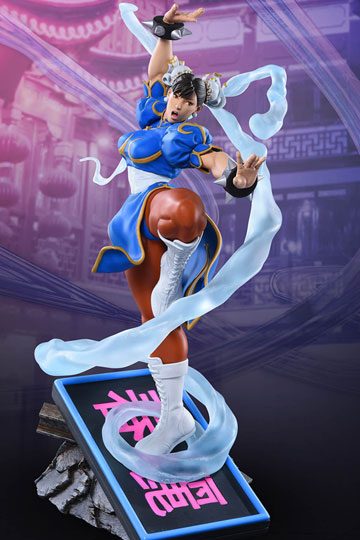 Chun-Li is such a beloved character to millions around the world that she can be found in Japanese gambling halls as the star of her own pachinko machine, and was the only Street Fighter character to headline a theatrical feature film.

In an era where female protagonists routinely head their own franchises, Chun-Li remains an icon.

Rendered in precise detail using the Street Fighter V 3D model itself, this high-quality collectible is the definitive Chun-Li collectible 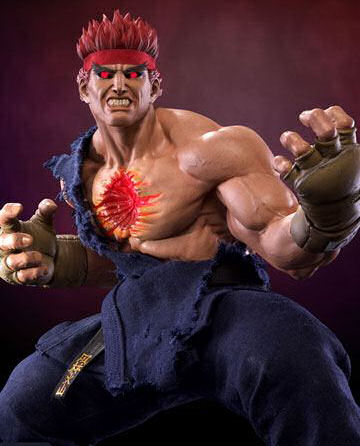 This is Ryu stained with the blood of death.Ryu comes with cloth tailored costume and LED light up functions in the eyes, chest and back. 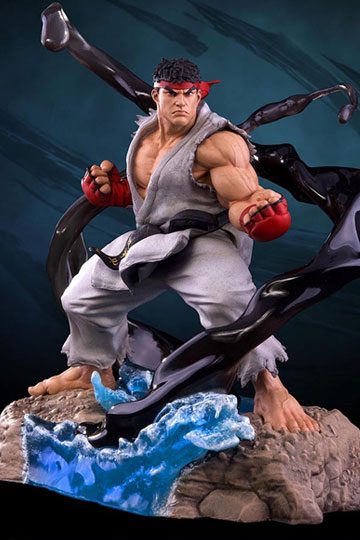 Using the Capcom supplied in-game character model for total accuracy, the folks at Pop Culture Shock Collectibles have made their first 1:6 Ryu statue the most imposing and powerful to date.

Designed by famous Street Fighter artist Edwin Huang, his dynamic swirling base is the V-Trigger made manifest.

Perhaps the most versatile fighter in the Street Fighter franchise, Ryu has the tools to fight his way out of almost any situation. People who have never stepped into an arcade have heard the “Hadoken!” scream.

Includes a signed certificate of authenticity.

Zangief was the first professional wrestler in the Street Fighter franchise and is known for training with 10′ Siberian black grizzlie bears just for practise.. 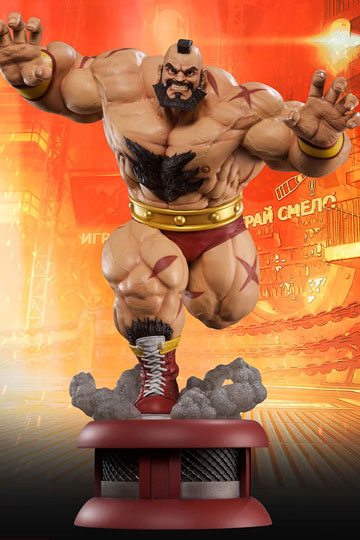 The Red Cyclone has been a fan favorite since his debut in 1991. As far as Zangief is concerned, not even M. Bison’s Psycho Power is a threat to his Muscle Power.

Measuring 69 cm tall and 45 cm wide, the result is both mighty and spectacular. 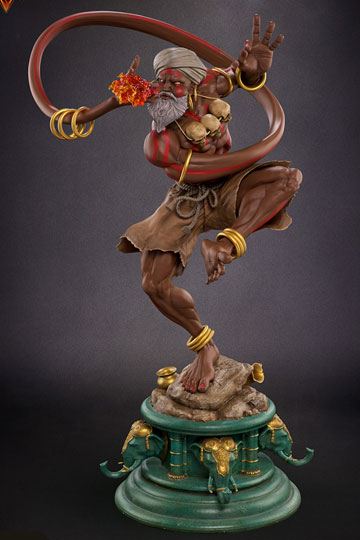 PCS Collectibles is proud to announce the Dhalsim 1:4 Ultra Statue! Featuring a dynamic figure sculpted using the latest in digital technology and an intricately detailed base modeled after Dhalsim’s original stage, this piece will breathe new life into any Street Fighter fans collection! 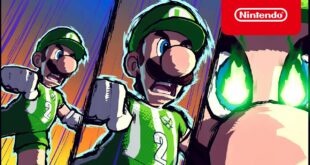 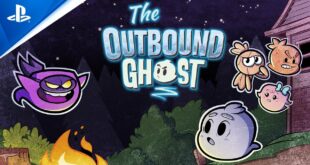 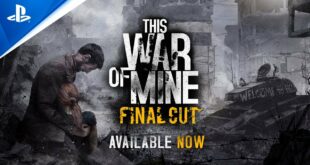 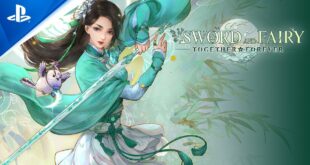