10 Best Horror Movies you need to watch this Halloween

10 Best Horror Movies you need to watch this Halloween

Best Horror Movies – It’s that time of the year again when ghouls walk and zombies crawl and the terrors of the night stalk you up to your door steps. No, I am not talking of your day at the dentists, I am referring to Halloween, one of the biggest western holidays ever. 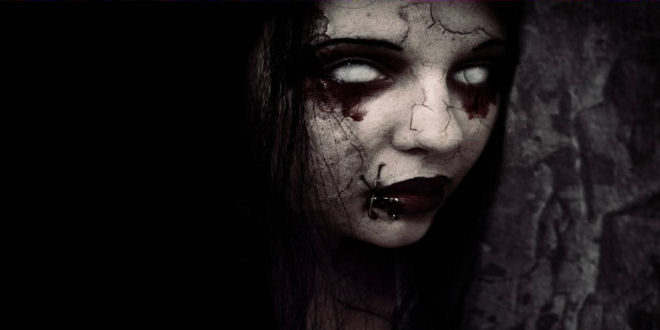 Halloween has been a time with different meaning for different people. For the kids it is a time to consume more candy than they would on a normal night, and for an adult it is a time to dish out candy or risk being on the receiving end of a prank.

But what if you find yourself strangely isolated, from all the candy hunting and dishing out of pranks and are in want of what to do this fateful October 31st, you do not need to worry as we have you covered. Here are some really awesome horror movies choices to really get the blood pumping and Halloween juices flowing.

Based on the Stephen King classic of the same name, It. This movie brings on the chills, as you are bound to check your doors and windows every few minutes or so. With a story line that follows seven kids as they try to brave the mysteries of an ancient being that is hell bent on wreaking havoc on their lives. Directed by Andy Muschietti with cinematography by Chung-hoon Chung this movie has received lavish praise for its acting, cinematography and story line as well as portrayal of the original Stephen King story. And like other horror movies based on Stephen King’s books it is a marvel to behold. It is a must watch for all you fans of the horror movies..

Best Horror Movies – Get Out

Described as funny, scary and thought provoking. This a great watch with friends or alone in the comfort of your room (Where Creepy Rose stars at you from the window. Just kidding). The story line is captivating and the pacing is beautifully crafted, lifting the audience as they are carried along in this horror journey.

The story revolves round Dave, a young black man with a beautiful white girlfriend. Dave gets to visit his girlfriend’s family. But he does not know things will soon go bad as the members of this family are especially versed in the art of “pseudoimmortality” transferring their minds into the bodies of young able bodied black folks. Creepy right? A perfect movie for  scary horror movies night.

Annabelle, Annabelle, Annabelle. This movie, reminiscent of Child’s Play is a prequel to the first Annabelle movie. It is also a part of The Conjuring series of movies. When a couple attempt to bring back the spirit of their daughter, they mistakenly bring back a demon who inhabits the doll (Annabelle). In their horror they promptly lock it away to prevent it from causing more harm. Fast forward to a decade ahead and the demon has been unleashed once again. Launching a new wave of terror, the demon goes on a murderous rampage that results in the bloody deaths of multiple characters on screen.  The lesson to be learned here? Some forces are just not meant to be trifled with. As the events in the movie unfold we get to see bloody deaths as well as twists that make this horror movies appeal a true horror fan’s delight.

OK, remember that episode of Supernatural where Dean Winchester keeps dying again and again and Sam keeps relieving that horrible day? OK, Good. Now imagine that happening to someone who can remember every single thing and has to solve the case of her own murder. Similar to Scream, this slasher film explores the murder of Theresa “Tree”Gelbman on her birthday by the school mascot. Her continuous revival means she has to try to find out her killer so as to stop her death. Highly intriguing and really suspenseful, this horror movie is a great choice for your movie night.

What do you do when the protection of your family costs you every other thing you hold dear. How much of yourself are you willing to let go? Your soul? Your morals? You sanity? Well this horror movie has an intriguing take on the question. Directed by Trey Edward Shults, this story explores the trials of a man whose family is forced into sharing a home with another family as the outside world falls apart. Tapping into the viewers sense of cabin fever, this movie explores what happens when the only people you have for company might be even more dangerous than the world  you are running from. Filled with suspense, mystery and intrigue to the end, this movie belongs in horror movies Hall of Fame.

The Alien series of films are here to stay. For more than 3 decades, this series of movies has graced our screens, with some stellar and some not so stellar releases. The latest addition to the series however is a visual delight that should be explored by all movies fans and not just horror movies and thriller fans. Starring the remarkable Michael Fassbender in the lead role, the new Alien movie investigates the adventures of our space faring heroes (and antiheroes) as they try to find a viable planet for human existence. They unwittingly uncover a deadly species hell bent on eliminating them and must mount a daring and courageous escape from the clutches of death. This movie was a box office hit and an instant recommendation from me.

Gerald’s game is just one of the many books based on Stephen King’s novels. Despite that, it does what it does in a pretty fantastic way. Carrying elements of a thriller and horror movies , this movie taps into your worst fears while taking along for the joy ride.

Gerald’s game is about Gerald and his wife Jessie as they have a romantic getaway for the purpose of rekindling the love in their marriage. While playing a kinky game Gerald dies and Jessie is left alone. Aside from the obvious problem of Gerald’s death, Jessie is handcuffed to the bed and can’t get up. She also starts loosing her mind and hearing voices as well as hallucinating. This makes for a very exciting set up for the events about to follow.

This movie isn’t just scary, it is a reminder of how even the best of plans could go wrong at a moment’s notice. It is a great watch and highly recommended for it’s thought provoking storytelling.

The Baby Sitter is a ridiculous yet funny comedy horror movie. A boy finds out that his seemingly perfect babysitter is in a cult and is a murderous teen who along with her friends are totally planning world domination! (OK I didn’t mean the world domination part, but meant all the rest).

The Baby Sitter has the correct blend of teen, horror and comedic elements to spice up any horror movies night. And with a rotten tomatoes rating of 69% it is obvious that even the critics agree.

Following the critically acclaimed Creep (2014) we had to have a Creep 2. Aaron, just your regular old serial killer wants to document his life for a day. He enlists the help of Sara, a college student and videographer to help him accomplish this. The movie follows the tumultuous back and forth relationship as the events on screen play out in the most different, unique and unpredictable directions. The ending, inconclusive inconclusive is highly compelling and a fitting end to the movie. At the end, we are left unsure of if Aaron died. Nevertheless, Creep 2 is one of those horror movies that has managed to capture the attention of millions this summer and a firm favorite for Halloween movie of the year. (OK, I made that up, but it’s funny right?)

Best Horror Movies – The Killing of a Sacred Deer:

Steve, an extremely talented cardiologist is given an impossible choice, to kill a member of his family or watch them all die anyway. This is a case of being stuck between a rock and a hard place. Since the decision is obviously a hard one, the movie follows Steve as he is faced with the on question: Should he kill one member of his family to save the rest of his family? Who should he kill? Faced with this decision, Steve has to watch as his family slowly falls apart. Nevertheless he tries to save them with the only choice he has.

That caps off our list of horror movies you need to check out, do you know of one we have missed? Or you noticed something in the discussion that you would like to let me know. Please feel free to let me know your thoughts in the comments section below.