Deadpool 2 David Beckham – After surviving a near fatal bovine attack, a disfigured cafeteria chef (Wade Wilson) struggles to fulfill his dream of becoming Mayberry’s hottest bartender while also learning to cope with his lost sense of taste. Searching to regain his spice for life, as well as a flux capacitor, Wade must battle ninjas, the yakuza, and a pack of sexually aggressive canines, as he journeys around the world to discover the importance of family, friendship, and flavor – finding a new taste for adventure and earning the coveted coffee mug title of World’s Best Lover. Deadpool 2 David Beckham Funny Promo Video. Did you see the deadppool-2 hot toys figure ?

Deadpool 2 is the latest  superhero film based on the Marvel Comics character Deadpool, distributed by 20th Century Fox. It is intended to be the eleventh installment in the X-Men film series, and a sequel to the 2016 film Deadpool. The film is directed by David Leitch from a script by Rhett Reese, Paul Wernick, and Ryan Reynolds, with Reynolds starring in the title role alongside Josh Brolin, Morena Baccarin, Julian Dennison, Zazie Beetz, T.J. Miller, Brianna Hildebrand, Jack Kesy, and Stefan Kapičić. In the film, Deadpool forms the team X-Force to protect a young mutant from Cable.

Plans for a sequel to Deadpool began before that film’s release, and were confirmed in February 2016. Though the original creative team of Reynolds, Reese, Wernick, and director Tim Miller were quickly set to return for the second film, Miller left the project in October 2016 due to creative differences with Reynolds, and was soon replaced by Leitch. An extensive casting search took place to fill the role of Cable, with Brolin ultimately cast; the casting of Beetz as Domino was also noteworthy. Filming took place in British Columbia, Canada, from June to October 2017. During filming, stunt woman Joi “SJ” Harris died in a motorcycle accident.

Ryan Reynolds as Wade Wilson / Deadpool 2
A wisecracking mercenary with accelerated healing but severe scarring over his body after undergoing an experimental regenerative mutation.

Josh Brolin as Nathan Summers / Cable:
A time travelling cybernetic mutant soldier, “in many ways the opposite of Deadpool”. Brolin signed a four-film deal to play the character,] and described his appearance here as just the introduction for the character, with “a lot to be revealed, but there’s three more movies to reveal more.”
Morena Baccarin as Vanessa: An escort and Wilson’s fiancée.
Julian Dennison

Zazie Beetz as Neena Thurman / Domino:
A mercenary with the mutant ability to manipulate luck. Beetz began “doing strength conditioning, so that’s like working out everyday” when she got the role, for which she has to “be shooting guns, I fight and a lot of that movement is full body and physical.”

A teenage X-Man with the mutant power to detonate atomic bursts from her body, she is now a “new level of X-Men” after being a trainee in the first film. Hildebrand felt that “it’s cool that she’s grown and matured and she still has so much of this essence of a punk kid” from the first film, and added that the character would have a “cooler” costume in the sequel.

Jack Kesy as Black Tom Cassidy: A mutant who can manipulate energy through plants.
Stefan Kapičić as the voice of Colossus: 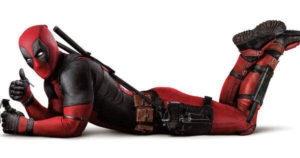