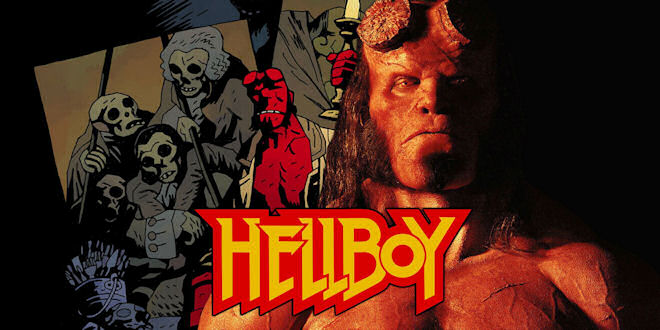 Hellboy Movie 2019 is a superhero film based on the Dark Horse Comics character of the same name. The film is directed by Neil Marshall and stars David Harbour in the title role. The film also features Milla Jovovich, Ian McShane, Sasha Lane, and Daniel Dae Kim. It is a reboot of the Hellboy film series and is the third live-action installment in the Hellboy Movie series. Hellboy Movie draws inspiration from Darkness Calls, The Wild Hunt, and The Storm and the Fury.

Hellboy Movie 2019 began as a sequel to Hellboy II: The Golden Army, with Mignola and Cosby writing the script. Guillermo del Toro was not offered the full writer-director capacity he had performed in the first two films, and Ron Perlman refused to return without del Toro’s involvement. The Hellboy Movie was turned into an R-rated reboot after Marshall was hired as the director and Harbour cast as Hellboy. 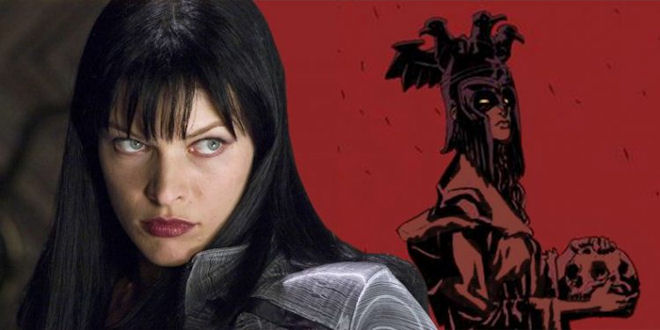 Hellboy Movie 2019 Plot – Hellboy prepares to stop an ancient medieval sorceress who seeks to destroy all of mankind…..

Based on Hellboy
by Mike Mignola

Hellboy is a fictional superhero created by writer-artist Mike Mignola. The character first appeared in San Diego Comic-Con Comics #2 (August 1993), and has since appeared in various eponymous miniseries, one-shots and intercompany crossovers. The character has been adapted into two live-action feature films in 2004 and 2008 that starred Ron Perlman in the title role, and two straight-to-DVD animated films, as well as three video games – Asylum Seeker, The Science of Evil, and as a playable character in Injustice 2. A film reboot starring David Harbour is set for release in 2019.

A well-meaning half-demon whose true name is Anung Un Rama (“and upon his brow is set a crown of flame”), Hellboy was summoned from Hell to Earth as a baby on October 5th (given as his birth date by Mike Mignola[1]) by Nazi occultists (spawning his hatred for the Third Reich). He was discovered by the Allied Forces; amongst them, Professor Trevor Bruttenholm, who formed the United States Bureau for Paranormal Research and Defense (B.P.R.D.). In time, Hellboy grew to be a large, red-skinned adult with a tail, horns (which he files off, leaving behind circular stumps on his forehead), cloven hooves for feet, and an oversized right hand made of stone (the “Right Hand of Doom”). He has been described as smelling of dry-roasted peanuts. Although a bit gruff, he shows none of the malevolence thought to be intrinsic to classical demons, and has an ironic sense of humor. This is said to be because of his upbringing under Professor Bruttenholm, who raised him as a normal boy.source wiki