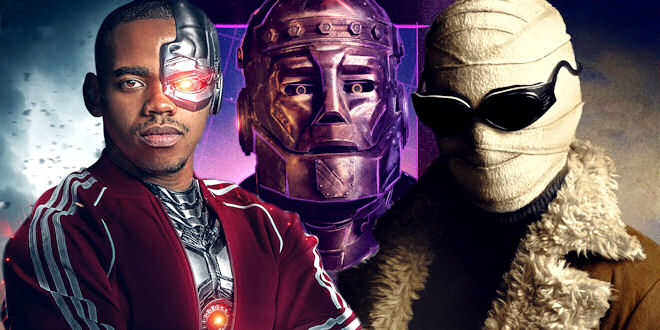 DC Universe Doom Patrol is a New superhero drama web television series based on the DC Comics superhero team Doom Patrol created by Arnold Drake, Bob Haney, and Bruno Premiani that is set to premiere on February 15, 2019 on DC Universe channel. It is a spin-off of Titans, with April Bowlby, Brendan Fraser and Matt Bomer reprising their roles. 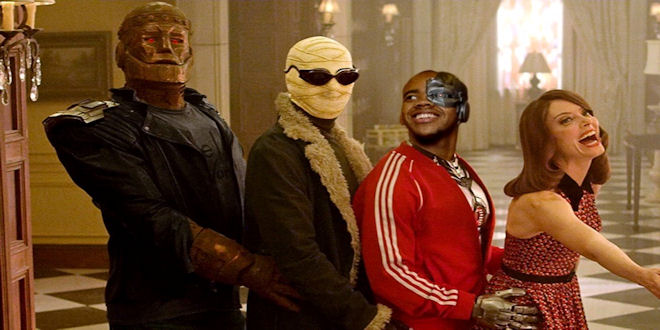 DC Universe Doom Patrol Plot :Set after the events of Titans, the Doom Patrol – consisting of Robotman, Negative Man, Elasti-Woman, and Crazy Jane, and led by Dr. Niles Caulder / The Chief – receive a mission from Cyborg that they cannot ignore and will change their lives.

DC Universe Doom Patrol Cast
April Bowlby as Rita Farr / Elasti-Woman: A member of the Doom Patrol and former actress, who developed the power to shrink and grow after being exposed to a toxic gas.

Diane Guerrero as Crazy Jane: A member of the Doom Patrol with 64 distinct personalities, each displaying a different super power.

Joivan Wade as Victor Stone / Cyborg: A half-human, half-machine superhero, struggling with his duality, who calls the Doom Patrol into action.

Brendan Fraser and Riley Shanahan as Cliff Steele / Robotman: A member of the Doom Patrol and former car racer whose brain was transplanted into a robotic body after an accident destroyed his own. Fraser voices the character and appears as Steele in flashbacks, while Shanahan physically portrays Robotman.

Alan Tudyk as Eric Morden / Mr. Nobody: A living shadow able to drain the sanity of others after being experimented on by ex-Nazis in post-war Paraguay.

Timothy Dalton as Niles Caulder / The Chief: The leader of the Doom Patrol and a leading doctor in medical science who specializes in finding those in need who are “on the edge of death in need of a miracle”.

Matt Bomer and Matthew Zuk as Larry Trainor / Negative Man: A member of the Doom Patrol and former pilot, who crashed into negative energy and is now wrapped in bandages from head to toe. Bomer voices the character and appears as Trainor in flashbacks, while Zuk physically portrays Negative Man.