Avengers 4 got your attention by any chance? If there is one thing the internet is inundated with lately, it’s Avengers Endgame Fan Theories.  We are as guilty as anyone for obsessing over them, but we have to admit some of them seem far more likely than others. Today we’re going to be taking a look at some of the more legitimate sounding theories about EndGame, and we’ll let you know why we think they might come. True parallel universe. The idea that even in a fictional world, someone can snap their fingers and destroy half of all life is pretty harrowing. Maybe because it’s so difficult to comprehend the enormity of that moment, but many fans have been speculating that the victims of the snap are NOT actually dead. One option was they became trapped inside of the soul stone. Where Gamora’s soul ended up. There’s an entire soul world inside of the soul stone, and technically the soul stone was at least partially responsible for the snap, but another theory is that the people from the snap ended up in some sort of alternate universe.

In the comic books, alternate universes are used all the time, but they never truly factored into the MCU before, until the introduction of Dr. Strange and time manipulation. So as far as Avengers Endgame Fan Theories are concerned It seems as though this is an idea which will be incorporated into the MCU fabric. If this is true, it could also give us a chance to see some of our favourite heroes fighting during Avengers 4 EndGame. They might not be on the version of earth we’re used to seeing, but they’d still have a chance to get in on some action. We’d definitely love to see a glimpse of another universe and EndGame, especially if it means some of our favourite characters are still alive in the quantum realm. While we were crying into our popcorn at the end of Avengers Infinity War, it seemed as though our favourite heroes were lost forever. If for no other reason than profit, we don’t think there’s any other way Marvel is killing off so many money making characters, which means there has to be some way to undo the snap.

We just have to figure out what that is in Avengers 4.

The quantum realm can accomplish all sorts of things as we learned during the AntMan movies and people, believe that would come into play during the Avengers 4 movie. Of all the Avengers Endgame Fan Theories this one is strong my son. The trailer seemed to confirm this hugely by the mere fact that Scott Lang showed up outside of it, the last time we saw him. He was inside the quantum realm during the post credit scene of AntMan and the Wasp, but somehow he was able to get in and get out, and that’s something our heroes could use to their advantage. Many people thought that getting the time stone would be the key to time travel, but now we’re wondering if the quantum realm is the solution. Janet van Dyne warned Scott about time vortexes, within the quantum realm, and this is something our heroes could possibly utilise. 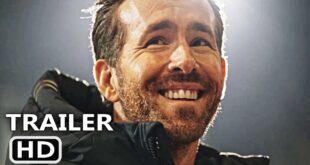