PS5 Gameplay Mark Cerny, in an interview in April 2019, stated that Sony was working on a fifth, yet-named PlayStation console that will serve as its next-generation entry. According to Cerny, the console will use AMD’s Ryzen with the 7nm Zen 2 architecture, and with a Radeon Navi-family GPU which includes support for real-time ray-tracing rendering, and will still support physical media.

The new console will expect to ship with SSD storage, as Cerny emphasized the need for fast loading times and larger bandwidth to make PS5 Gameplay more immersive, as well as to support the required content streaming from disc for 8K graphics resolutions. The new unit is said to be fully backwards-compatible with PlayStation 4 and PlayStation VR titles, with Cerny stating that the transition to the new console meant to be a soft one.

While PS5 Gameplay will support streaming games, the unit is excepted to include some form of optical disc drive, with games for the system still to ship on such media. Industry rumors stated that Cerny’s statement coincided with shipping of the future console’s software development kit to third-parties as to stave off further rumors. Sony’s financial report for the quarter ending March 31, 2019 affirmed that new next-generation hardware was in development but would ship no earlier than April 2020.

PS5 Gameplay will also support 8K graphics to be able to make the most out of all the 8K TVs making their way to the market, although don’t hold your breath for any native 8K games given that’s essentially beyond even the most powerful gaming PC. And perhaps most importantly for those still not sold on going 100 percent digital: it will still have support for physical discs, though Sony didn’t mention what discs it’ll be able to play other than PS4 games.

Sony intends to make PS5 Gameplay owners consider streaming as an option if they haven’t yet, though. It plans to improve the quality of its PlayStation Now offerings until users consider streaming just as good as downloads and discs. Plus, it intends to to leverage its partnership with Microsoft to “achieve growth and scale faster than ever before.” The two tech giants recently announced their team up to build technologies for gaming and content streaming.

Expected Retail Price tobe $399 but this is not confirmed.. 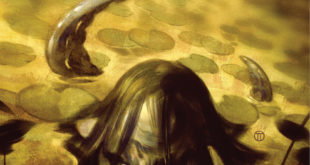