Despite the fact that Doctor Strange in the Multiverse of Madness no longer has a director, we continue hearing new details about what’s to come in the highly anticipated Marvel Studios sequel.

Now, according to MCU Cosmic, the movie will indeed explore what the Multiverse is and that means “we may see some known MCU characters but in very different ways.” In other words, we’ll be visiting different worlds and that opens the door to a myriad of possibilities, including worlds we probably never expected to see brought to life in the Marvel Cinematic Universe.

As an example, the site talks about it being feasible that we could see different actors playing characters like Captain America and Iron Man. This could also be used to explain the introduction of characters like the X-Men and Fantastic Four, while it’s hard not to get excited about the prospect of visiting the home of the Marvel Zombies (after all, the sequel is supposed to be horror-inspired).

Right now, we have no solid intel on which worlds In the Multiverse of Madness will explore but with rumours also pointing to America Chavez showing up in the movie – she hails from another reality in the comics – this does sound like something we could see in the Doctor Strange sequel.

What do you guys think?


Hit the “Next” button to find out which characters
we want to see in In the Multiverse of Madness! 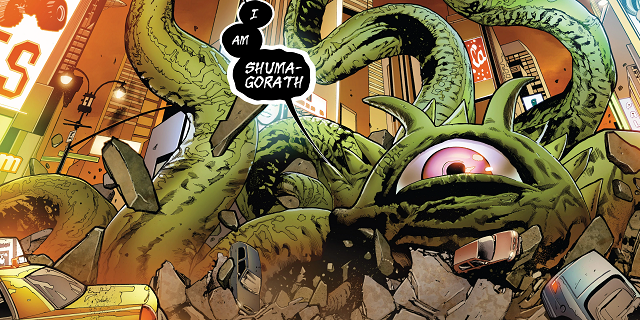 The prevailing theory is that Nightmare will be In the Multiverse of Madness‘ lead villain, but what if Marvel Studios is heading down a slightly less predictable path?

Shuma-Gorath is a Lord of Chaos and the Master of the extra-dimensional Gods known in the Marvel Universe as the Old Ones. The ruler of literally hundreds of dimensions, it would make sense for him to appear in a movie about the Multiverse and, unlike Dormammu, the Sorcerer Supreme has never been able to permanently defeat this terrifying looking monster.

So, yeah, if you want someone even more terrifying that Nightmare, then Shuma-Gorath is it. 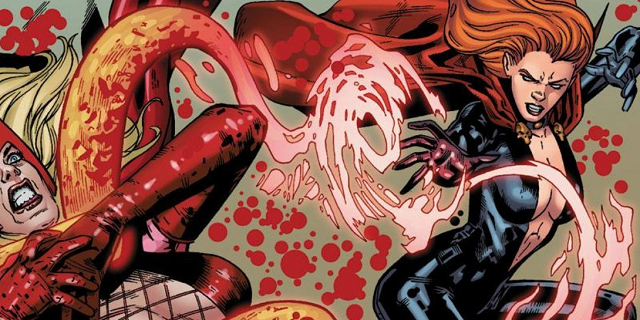 Fans are anxious to see Mephisto in the MCU, so why not set the stage for that by once again making Satana the daughter of the devil (that was retconned by Marvel and she was never related specifically to Mephisto, but Kevin Feige has been known to play around with characters to make them fit a story and it would work here).

In terms of her history with Strange, Satana once gave her life to save the Sorcerer Supreme and has been known to be both a hero and villain over the years.

That skimpy costume would definitely have to go, but if the future of this shared world truly is supernatural, having Satana appear only for it to later be revealed that Mephisto is the one who has been manipulating the Scarlet Witch from behind the scenes would be an awesome reveal. 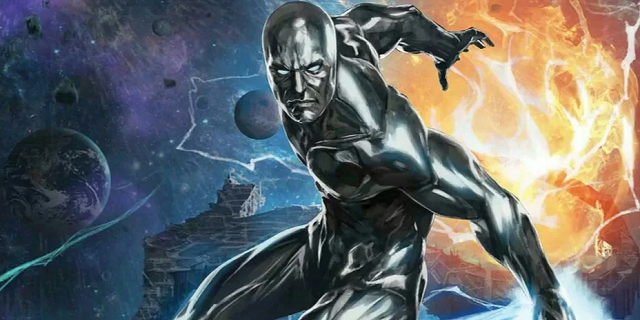 In the comics, Doctor Strange is a member of The Defenders alongside heroes like The Hulk, Namor the Submariner, and the Silver Surfer. Galactus and his herald coming to the MCU in the not too distant future feels like a given, but why not introduce the latter here?

It’s hard to say how the Surfer would fit into this particular story, but Strange’s journey through the Multiverse could very easily lead to a brief meeting between the two heroes and our first glimpse at the World Eater, setting the stage for both characters to return somewhere down the line.

This is definitely a long shot, but there are way this could be made to work. 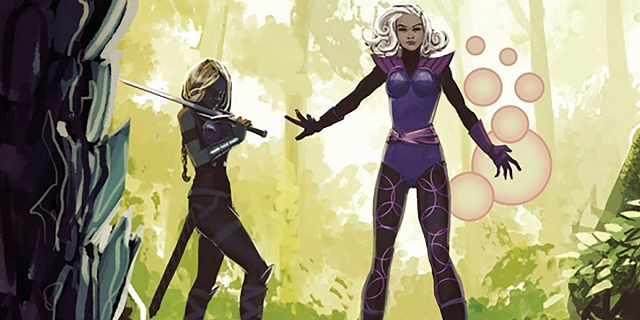 We’re not entirely sure why Rachel McAdams’ Dr. Christine Palmer was so massively wasted in Doctor Strange, and it’s currently unclear whether she’ll have a role to play in this sequel.

However, fans were once convinced that she would play Clea and were massively disappointed when that proved not to be the case, especially as the daughter of Dormammu is Strange’s classic love interest. Rumours have swirled for a while now that she’ll appear In the Multiverse of Madness, and you have to believe she’ll have something to say to the man who finally stopped her uncle.

Whether that link will be explored is another matter, though, as it feels like the moment has passed. 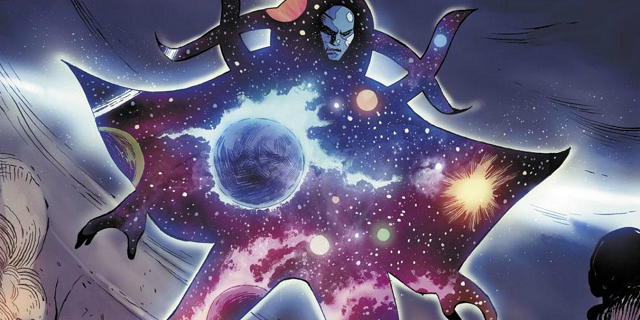 Many fans have theorised that Scarlet Witch’s descent into madness will be what tears the Multiverse asunder, and while Nightmare may very well be pulling the strings, defeating him is unlikely to immediately set things right.

With that in mind, Strange could need some help from a higher power and that’s where Eternity comes in. The literal embodiment of the universe is someone the hero crossed paths with many times during his early adventures, and this omnipotent entity might end up being who he needs to save when reality starts to collapse in on itself.

It’s an abstract idea, but one Marvel Studios has definitely earned by this point. 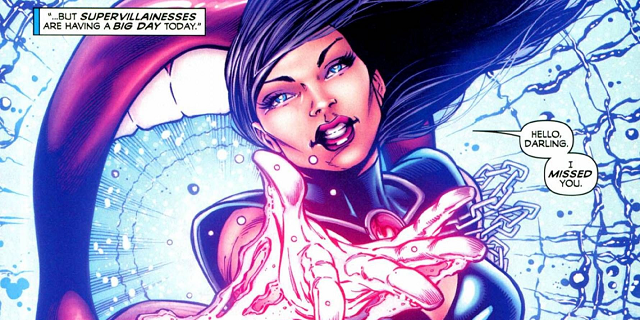 A casting call recently went out pointing to Marvel Studios looking for a female villain for In the Multiverse of Madness, and one strong possibility is Umar, Clea’s mother and Dormammu’s sister.

She’s damn near as deadly as her brother and definitely a formidable foe for Strange here.

While she’s often served as an ally to Dormammu, she’s frequently tried to take the Dark Dimension for herself and his defeat could have left the door open to her wreaking havoc on the Multiverse. Exploring Umar’s relationship with her daughter has a lot of potential too, and perhaps she could be combined with Nightmare to create an amalgamation of villains? 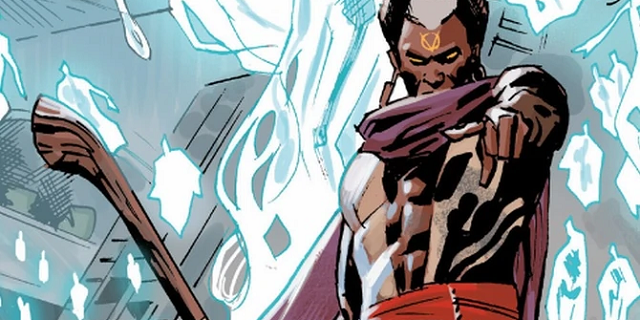 His brother Daniel died in a deleted scene from Doctor Strange so Jericho now coming to the MCU wouldn’t be a massive shocker. Strange could do with a new ally, and who better to help him save the Multiverse than this powerful user of Voodoo magic?

It’s worth noting that during the AXIS storyline, Brother Voodoo (and the spirit of his dead brother) were the only ones capable of stopping a rampaging Scarlet Witch, so perhaps the Sorcerer Supreme will need a certain type of magic to stop the Avenger if she has indeed lost control.

As well as bringing some diversity to the MCU, we’d also get a truly great new character. 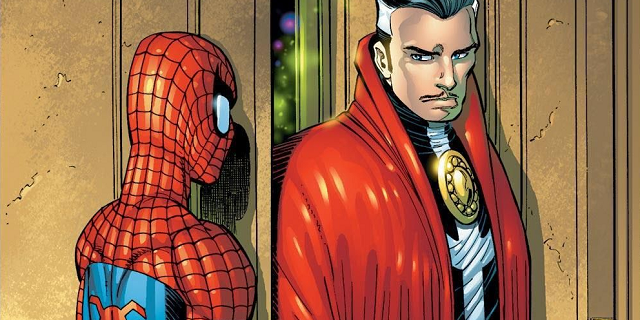 During JMS’ Amazing Spider-Man run, the web-slinger’s interactions with the Sorcerer Supreme proved to be an undeniable highlight. The two became good friends and trusted allies, so why not introduce that to the MCU as well?

In the Multiverse of Madness starts shooting in May, while the next Spider-Man movie begins production over the summer. That means the potential for a crossover is definitely there and the most logical suggestion would be for Spidey to show up in a post-credits scene asking if Strange can help him make his secret identity a secret again.

Marvel Studios missed a trick by not really delving into their relationship in Avengers: Infinity War, so making up for that in this sequel is a must if there’s a way for it to happen. 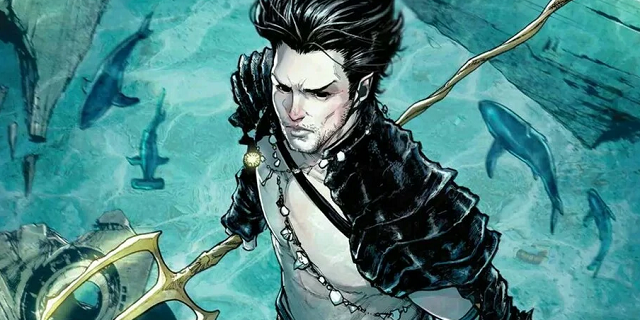 Given the complicated relationship between Namor and Doctor Strange in recent years (not to mention the fact they were both Defenders once upon a time), it’s easy to see why rumours have been swirling about the King of Atlantis being the unexpected character Feige has teased will appear in this sequel.

If the oceans come under threat from whatever is happening in the Multiverse, then Namor finally deciding to make his presence felt on the surface adds up.

We’ve been assuming that In the Multiverse of Madness will be some sort of cosmic, universe spanning adventure but it could just as easily take place primarily on Earth and that leaves the door open for a team-up between the Sorcerer Supreme and Namor the Submariner. 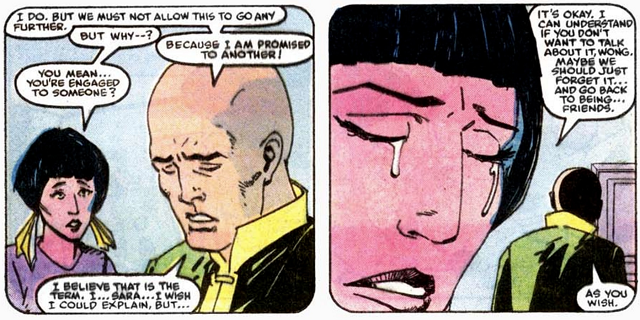 Here’s an unexpected one for you. While Sara Wolfe’s name may not be instantly familiar, she’s a character who could bring a lot to this sequel even if it would be in a relatively minor role.

In the comics, Sara was first introduced back in 1979 as a love interest to Wong. She started off as Strange’s personal secretary before developing an interest in his loyal friend and this could be a nice way to flesh Wong out in the MCU. After all, he definitely deserves a more noteworthy role in this follow-up and Sara could likely be reinvented in some fashion.

After all, she deserves to be more than just Strange’s secretary and a simple love interest!


Which of these characters are you guys most excited to see in Doctor Strange in the Multiverse of Madness? As always, let us know your thoughts on that in the comments section!