DC’s superheroes have come from a wide variety of different backgrounds. Some of them were even involved in athletics at one point in time. An even smaller subset of heroes were actually superstar athletes for a time.

RELATED: 10 Doom Patrol Members We Hope To See On The Show

Several of DC’s greatest heroes have gone from superstar athletes to super-heroics. They were always meant for some sort of greatness, even if they didn’t always know what that meant. Here are DC’s ten best star athletes who became superheroes, ranked.

The Challengers of the Unknown are a fictional group of adventurers that exist within the DC universe of stories. One of the team’s members, Lester “Rocky” Davis, had actually had an accomplished athletic career before joining the team.

Before joining the Challengers of the Unknown, Rocky won an Olympic medal for wrestling. He was actually on a way to a radio interview when he met the other founding members of the team. The skills Rocky learned while wrestling at such a high level came into play on a few different occasions during his adventures with the team.

Another sports star, Tan-Em, did not come from Earth. As his name might suggest, Tan-Em was instead from a completely different world. More specifically, Tan-Em was an athlete from Superman’s home planet of Krypton. Tan-Em was a Quarterman for a Kryptonian sport called ditch-ball.

From the Kryptonian City of Kandor, Tan-Em, along with a group of fellow Kryptonians, comes to Superman’s aid in times of dire need. Dubbed the Supermen, when these Kryptonians exit the shrunken city of Kandor, they are endowed with all of the same abilities of Superman himself.

Rita Farr, also known as Elasti-Girl, is best known for being a member of the Doom Patrol. Many hardcore Doom Patrol fans are well aware that Rita was once a famous actress. What they may not know, however, is that she was also an Olympian at one point.

Before her career as a Hollywood actress, Rita actually gained her fame at the Olympics. Competing for the Americans, Rita won a gold medal in one of the swimming events. Instantly becoming a celebrity, Rita used her newfound popularity and status as a household name to drastically move up in the movie industry.

As it turns out, Booster Gold wasn’t the first superhero in his lineage. He had an ancestor, Daniel Carter, who was also a cape-wearing hero. Fighting crime as the hero known as Supernova, Daniel shared one more similarity with his descendant Booster Gold: he was an athlete.

In high school, Daniel was the star athlete of his football team, the Manchester High Spartans. The team, led by the future superhero, even went on to win a state championship.

The Amazing Man is one of DC’s more interesting heroes. After coming into contact with some dangerous, experimental materials being used by the villain Ultra-Humanite, Amazing Man was granted the power to take on the properties of any object that he touched.

Many years before this accident, Amazing Man was a young athlete named Will Everett with a world of potential. At one point in his career, Will even participated in the world Olympics representing America.

The very first Robin, Dick Grayson, had a past filled with athletic exploits. Most notably, he was a member of his family’s acrobat group, the Flying Graysons. As a member of this troop, Dick was an incredibly skilled acrobat capable of pulling off all sorts of expert moves.

This training would play a huge role in Dick’s career as Robin and later Nightwing. Without these advanced skills and extensive training, Batman may have never taken Dick under his wing.

One of the greatest hand to hand combatants to ever join the Justice League, Wildcat got his start in boxing. Training in the sport since he was very young Wildcat, formerly known as Ted Grant, went on to become a world heavyweight champion.

Wildcat’s skills as a boxer were unparalleled. He was so far advanced that Grant was able to carry over these boxing skills into his crimefighting career. As a member of the Justice League, Grant is one of the most trusted heroes. Black Canary, Batman and many other great fighters on the team all underwent some sort of training with Wildcat.

Many comic book readers often forget that there was a time before Clark Kent was Superman. During these early years, while the hero was still in high school, Clark became a bit of a football star.

RELATED: Superman: 5 Pairings That Would Make A Lot Of Sense (& 5 That Would Be Awful)

For obvious reasons, Clark was unstoppable on the football field. When his two adoptive parents started noticing how dominant he was playing, however, they became very concerned that Clark was going to accidentally reveal his secrets to the world. Shortly after he quit the team. The memories he made as a football star, however, will no doubt last a lifetime.

One of the heroes best known for his former athletic career is Cyborg. A huge football star in high school, at one point Victor Stone was being recruited by several of the best college teams in the nation. It wasn’t too long after that when disaster struck.

Any teenager losing the majority of his body to a horrible accident is instantly part of a tragic story. The fact that Victor also had serious football potential made his injury all the more devastating.

Famously traveling back in time in order to become a hero, Booster Gold actually had experience widespread fame once before. A star quarterback, Booster got a full ride to Gotham University due to his massive talent.

This is where Booster Gold first got a taste of fame and fortune. Although his football career eventually trailed out, it nonetheless started Booster Gold on a path toward seeking as much fame as possible. Good thing he decided to also be a morally upstanding superhero on his way there.

NEXT: Batman: 5 Pairings That Would Make A Lot Of Sense (& 5 That Would Be Awful)


Next
One Piece: 10 Strongest Members Of Big Mom & Kaido Alliance 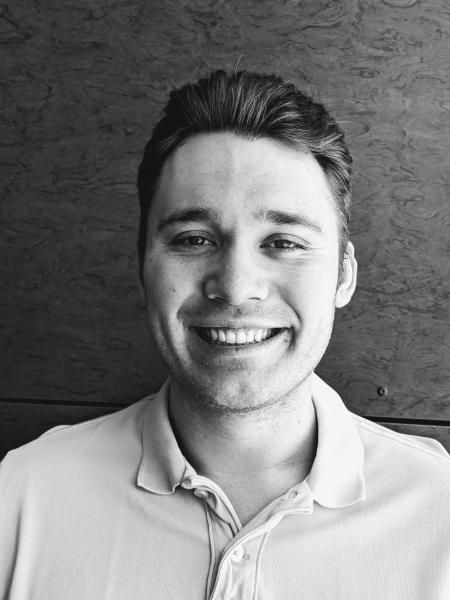 Michael Austin is a freelance writer who graduated from Iowa State University in 2019.
You can check out more of his work at:
Facebook.com/michaelaustinwriter
Twitter.com/mikeswriting