Halo 2, Forge and Theatre testing to begin for Xbox Insiders this month

Not two weeks after Halo: Combat Evolved Anniversary snuck onto PC, and we’re already talking about the sequel. Steady on, team. This week, John “Masterchief” Halo’s handlers over at 343 Industries announced plans to flight (that’s Halo-speak for “test) Halo 2‘s return to PC in The Master Chief Collection. It’ll trial alongside Forge and Theatre modes for Halo: Reach by the end of the month, with potential fixes for that game’s stubborn audio bugs.

We’ve had our shot at Halo 2 before, back in 2004. But being a Vista exclusive and Games For Windows Live test subject, it didn’t get much of a fair rap. Arriving on Steam and the Windows Store sometime this year, Bungie’s Two Towers gets a second shot with its own Anniversary remastering sometime this year.

Like the first game, Halo 2’s been given an audiovisual touch-up. But while I’ve spent most of the last two weeks complaining about Halo: CE Anniversary’s remastering, Halo 2’s is a bang-up job. It’s a lighter remaster that largely stays faithful to lighting cues, tones and palettes – a gentler sprinkling of details rather than the first game’s heavy-handed reinvention. ‘Course, it helps that Halo 2 looks a right pig’s ear these days.

I still reckon Combat Evolved holds up stronger than its sequel, which suffered from a quirk common among many mid- to late-life Xbox games. A general muddiness, textures that look like they were dipped in grime before being slathered onto models that sat uncomfortably between low-poly exaggeration and more contemporary realism. 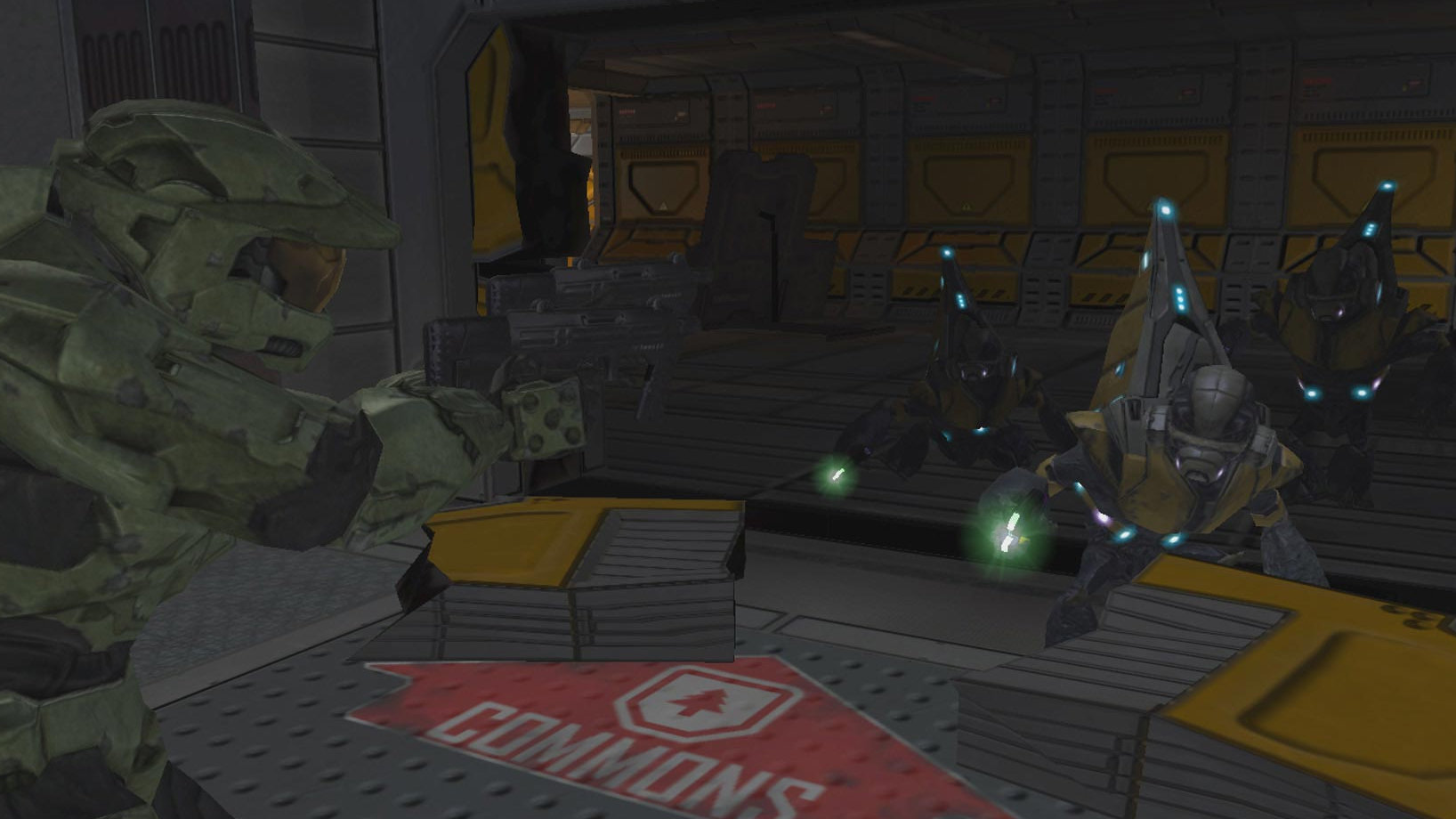 Was it always this poorly lit? We’re in a space-station, not a grim Dundee nightclub.

Halo 2: Anniversary also handed cutscene remastering duties over to CG firm Blur Studios, the folks behind glossy, expensive cinematics for everything from Star Wars: The Old Republic to Titanfall 2. Hilariously, you can still switch between old and new visuals at will during these scenes, trading Hollywood sheen for potato motions at will.

This flight is also set to include a first look at Halo: Reach’s Forge and Theatre modes. The latter being a neat little replay system, the former a stripped-down map editor that’s been a series mainstay since Halo 3. Modders have already managed to break their way into Forge mode, but it’s a janky affair. 343 appear keen on making significant changes to Forge to make it far more workable for custom map connoisseurs on PC.

Potentially, this test may also include good news to Reach’s long-suffering audiophiles. I’ve not experienced it on either my work or home PC, but many players have reported a muffled quality to Reach’s audio since hitting PC, akin to listening to a space war from a bathtub. 343 stress these fixes are still a work in progress, mind, and “may or may not” land with the next series of flights.

As usual, you’ll need to be signed up to the Xbox Insider program for a shot at early access to earlier builds, and even then, you’re at the mercy of the Halo team’s testing whims. Of course, these plans are all subject to change.

As for when Halo 2 will launch proper? Your guess is as good as mine. Just give us a bit more warning this time, yeah?

Previous Hot Toys Batman: Arkham Knight
Next THE FALCON AND THE WINTER SOLDIER Is Reportedly The Latest Production To Take A Two-Week Hiatus