A Year of Free Comics: Revisit days past with HARK! A VAGRANT

Hark! A Vagrant, the long-running webcomic by Canadian national treasure Kate Beaton, is a comic that draws inspiration from history, classic literature, and occasionally, comic books. Beaton combines her extensive knowledge of history with her charismatic artwork and a lot of silly punch lines, resulting in a singular perspective on the past and a really addictive series of comics.

The first comic in the archive, which concerns Marcel Duchamp’s breakfast, sets the tone for the series quite effectively: the strip often focuses on historical figures and their actual accomplishments, but then highlights their absurdities using anachronistic slang and expressive foil characters.

Those Hark! A Vagrant strips that are inspired by classic literature often mine the changing cultural sensibilities that have occurred since the work was published for humor. In “A Case of the Two Watsons,” for example, the world-famous detective Sherlock Holmes has to explain to the original Watson that being an intelligent lady killer is no longer interesting enough to captivate the audience’s attention, and he is being replaced by dull-witted Watson more suited for providing comedic relief. And while there is little ongoing continuity for Hark! A Vagrant, there are occasionally sequel strips, as with “Another Case of Watsons.”

Another especially notable series of Hark! A Vagrant strips concern an adorable (but possibly quite dangerous) Shetland pony. The pony no only makes several more appearances in the webcomic, they even enjoyed a cameo in “The Eyes,” a season two episode of Adventure Time.

In fact, even if you haven’t read Hark! A Vagrant before, you are probably already familiar with some of the jokes from the comic, being an internet savvy person who is here, in the online realm.

While Hark! A Vagrant is no longer being updated, the hundreds of comics in its archive are enough to keep you chuckling long into the night. Be sure to follow Beaton on Twitter, where she posts diary comics and news about her current projects.

The post A Year of Free Comics: Revisit days past with HARK! A VAGRANT appeared first on The Beat. 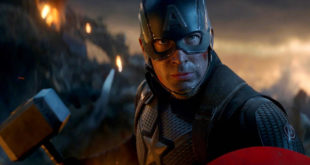