Over the last few months, Albion Online’s Sandbox Interactive has continued its push to rebalance the endgame meta – specifically, the power and potency of admittedly lopsided alliances to drive the game. This week, the studio has posted both the results of its tests and its plans for the future.

Recall that in February, the studio implemented several measured to tamp down on uber-alliances – specifically, upkeep and income penalties based on alliance territories held, more cooldowns, and boosted Disarray.

“These measures have been effective in the sense that they caused the top-end alliances to split into multiple smaller groups & lone guilds,” SI notes. “The impact on top-end alliances was similar to the impact we would expect a hard cap to have, whereas for more casual alliances, the impact was much smaller. However, while the top-end groups have formally split, many of them are now cooperating (‘hand holding’) without the benefit of a formal alliance. Effectively, we’ve made playing in large groups more challenging, as it requires dealing with friendly fire – but we’d still like to see more conflict amongst these groups.”

(If you’re shocked – shocked! – that a PvP MMO would devolve into treaties and cheese alliances among the top orgs, then you probably haven’t logged many hours in RvR-style MMOs. Tale as old as time and all that.)

Anyhow, SI means to break up the party and try to “encourage more conflict between top-end guilds and alliances.”

“Over the course of a 30-day reset cycle, territory towers will accumulate an energy and season points storage pool. The storage pool is fed through the points that a tower generates each day. The higher the quality of the zone (proximity to the Outland center) in which the tower is located, the higher the percentage of daily points and energy that goes into the storage pool. Towers in lower-end zones will not build up a storage pool at all. The storage pool percentage is applied to the daily maximum points that the tower could generate. Whatever goes into the storage pool does not get credited to the guild who owns the tower at that time. Instead, 100% of the storage pool is credited to the guild who owns the tower right before Invasion Day starts. This system will make sure that top-end guilds and alliances have a strong incentive to fight each other. The incentive will become stronger the closer we get to Invasion Day. As we do not want to create an incentive for top-end groups to go after more casual players, the storage pool in lower-end zones is going to be 0% or very close to it.”

Expect this version of the system to launch alongside season 9. 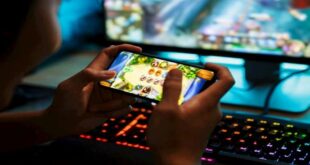 Can i play Uk Online Games without a Credit Card