PLOT: Bruce Banner, a genetics researcher with a tragic past, suffers an accident that causes him to transform into a raging green monster when he gets angry.

Hulk 2003 Movie Clip is a  superhero film based on the fictional Marvel Comics character of the same name. It was directed by Ang Lee and written by James Schamus, Michael France, and John Turman, from a story by Schamus. Eric Bana stars as Bruce Banner / Hulk, alongside Jennifer Connelly, Sam Elliott, Josh Lucas, and Nick Nolte. The film explores the origins of Bruce Banner, who, after a lab accident involving gamma radiation, finds himself able to turn into a huge green-skinned monster whenever he is emotionally provoked or stressed, while he is pursued by the United States military and comes into conflict with his biological father, who has his own dark agenda for his son.

Development for the film started as far back as 1990. The film was at one point to be directed by Joe Johnston and then Jonathan Hensleigh. More scripts had been written by Hensleigh, John Turman, Michael France, Zak Penn (who would go on to write The Incredible Hulk), J. J. Abrams, Scott Alexander and Larry Karaszewski, Michael Tolkin, and David Hayter before Ang Lee and James Schamus’ involvement. Hulk was shot mostly in California, from March to September 2002 primarily in the San Francisco Bay Area.

Hulk grossed $245 million worldwide, becoming one of the highest-grossing films of 2003.

JOBLO SUPERHEROES provides you with the latest trailers, clips, TV spots, promos, bloopers/gag reels, behind the scenes featurettes for all your favorite Marvel and DC superhero movies. 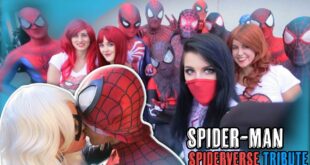