Warner Bros’ new animated Scooby-Doo movie Scoob! has become the latest major film to skip its theatrical release as the ongoing COVID-19 pandemic forces cinemas to remain closed. Variety reports that the film will be available to rent or buy on May 15th, the same day as it was originally due to open in theatres. You’ll be able to rent it for $19.99, or buy it for $24.99, but the Associated Press notes that the film will not immediately be available to stream as part of Warner Bros HBO Max service.

Explaining the decision, Warner Bros CEO Ann Sarnoff said that the ongoing COVID-19 pandemic has called for “creative thinking and adaptability in how [Warner Bros] distributes [its] content.” Movie theatres have historically fiercely guarded their exclusive release window, which typically lasts for around 12 weeks.

Scoob! is not the only film that’s skipping its cinematic release amid the pandemic. Earlier this month, Trolls World Tour made its debut on video-on-demand services. Its distributor, Universal Pictures, has said that the release was its biggest digital release debut. Other films are following suit. Paramount Pictures has sold romantic comedy The Lovebirds to Netflix, while Disney’s Artemis Fowl adaptation will debut on its streaming service in June.

Previous The Superheroes Try to Take Down Galactus (It Does Not Go Well)
Next Brand New Karate Kid Mr. Miyagi & Daniel Body Knockers, and Restocks of the 1964 & 2001 12″ Head-to-Tail Godzilla! 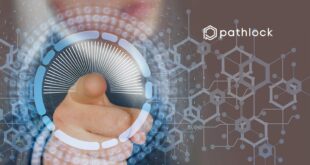