Recent years have blessed gamers with outstanding comic book video games like the Batman: Arkham series and Spider-Man – but it was the Teenage Mutant Ninja Turtles arcade game that kicked off the revolution. Released at the peak of Turtlemania, it was one of the first games to merge the trifecta of animation, comic books and video games.

In 1989, the Turtles were everywhere. The franchise was the hottest commodity on the block, as the animated series glued children to television screens and the toys sold out quicker than you could say “cowabunga”. Realising the untapped potential of taking TMNT into gaming, Konami released a now-iconic arcade game featuring all four of the heroes in green. The plot was simple: Shredder kidnapped April O’Neil and Splinter, and it was up to Leonardo, Raphael, Donatello and Michelangelo to save them. Along the way, the Heroes in a Half Shell battled familiar foes—such as the Foot Soldiers, Bebop and Rocksteady, Baxter Stockman, Krang and the Shredder—in familiar locations like Manhattan’s streets, sewers and the Technodrome.

As a beat-’em-up side-scroller in the same vein as Double Dragon, each Turtle’s actions were unique as their weapons allowed for different fighting styles. Raph and Mikey were faster characters, but their weapons limited them to close-range combat, while Donnie and Leo were the inverse. If you were playing co-op with a buddy, one of the best tactics was to pair Raph or Mikey with either Donnie or Leo to ensure a balanced attack. While the gameplay was frenetic and non-stop action, the radical combo of the music and graphics is what kept the players popping more coins into the arcade machine. With MIDI music pulled straight out of the animated series and sprites that captured the characters in all their ’80s glory, it was the complete Turtles experience, encapsulating everything that made the franchise what it was.

Since then, numerous TMNT games have been released to various degrees of success. Unfortunately, they’ve yet to capture the original magic of the Teenage Mutant Ninja Turtles arcade game. Maybe it’s a product of its time, but it ticked all the right boxes and delivered everything that fans could’ve hoped for in 1989. 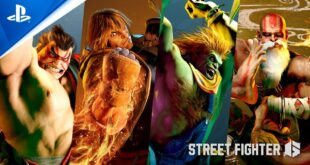