Do You Remember “The Jedi Adventure Center” in your Local Mall? | | DisKingdom.com | Disney | Marvel | Star Wars

If you went to your neighborhood mall in early July 1983, you may have discovered The Jedi Adventure Centre, a mix of behind-the-scene pictures, photo opportunities, and marketing.

I first learned of this promotion when listening to the most recent episode the podcast Looking at Lucasfilm. Co-host Jim Hill was sharing highlights from the latest Van Eaton Galleries auction, which includes promotional material from The Jedi Adventure Centre. There’s relatively little info on the net, so I quickly started searching Newspapers.com.

Tied to the release of Return of the Jedi, this July 1983 promotion included a Jedi Hall of Fame, which included the sort of behind-the-scenes imagery we associate with The Art of books these days, a backdrop of Endor in the Jedi Photo Centre, and Jedi Communication Centre. The last element included audio clips of C-3P0 and Darth Vader, which hinted at the storyline of the film. 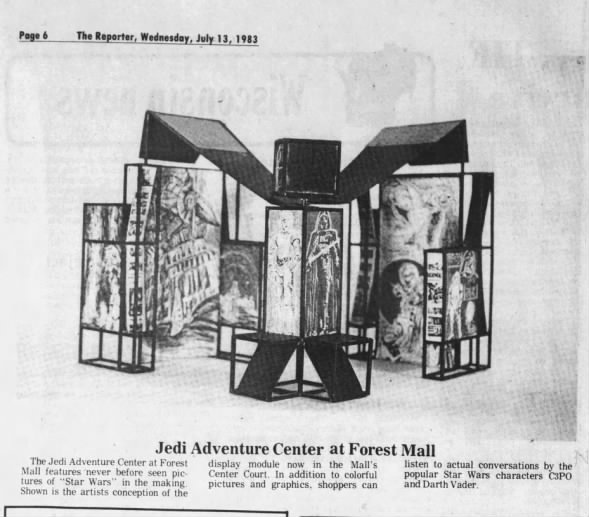 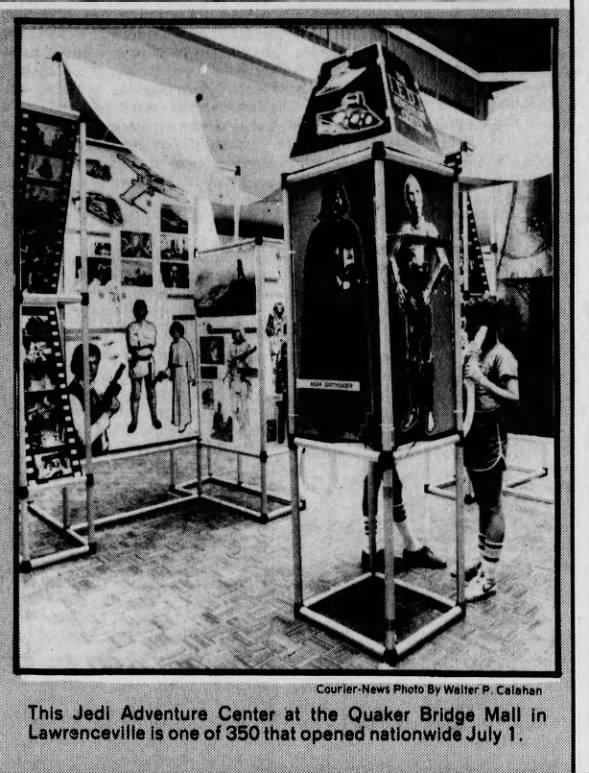 As StarWars.com pointed out, back in 2006, the exhibits were shipped out a month after the film was released in theatres. While 250 venues were supposed to host the display, only 130 were shipped, according to manufacturer’s reports. It was an ambitious promotion, but slow off the mark.

One mall held a Vehicle Identification Contest, and various locations dubbed their Sidewalk Sales as “Store Wars.” At least one mall had a Rodian costumed character.

What could you win?

There were 1400 prizes to be won, at many (if not all) of the malls that hosted the display. Along with memberships to the Official Star Wars Fan Club, there was a lot of merchandise from the endless list of licensors.

Thanks to Wisconsin’s East Towne Mall, we actually have a list of the prizes. In both Canada and the United States, the products were:

In Canada, you could also win Dixie Cups disposable cups from American Can Canada. In the United States, Wilker Bros. offered pajamas. 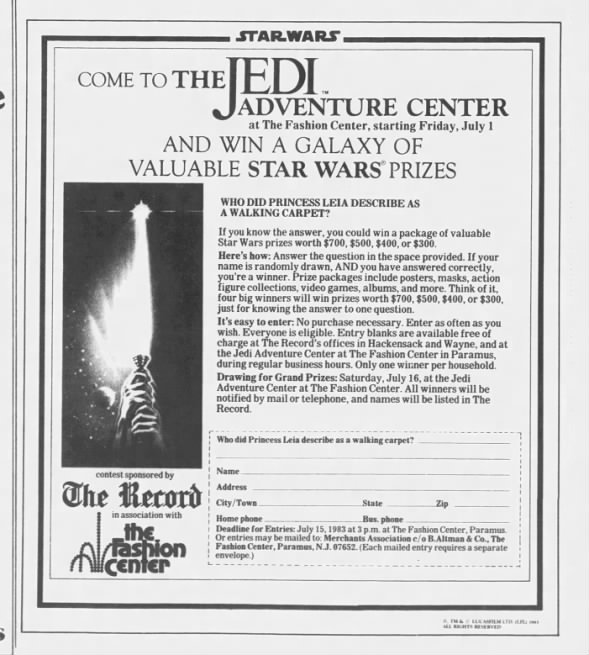 Which malls hosted the Center?

Only a small number of the hosts venues are known, thanks to promotional mentions in Newspapers.com: 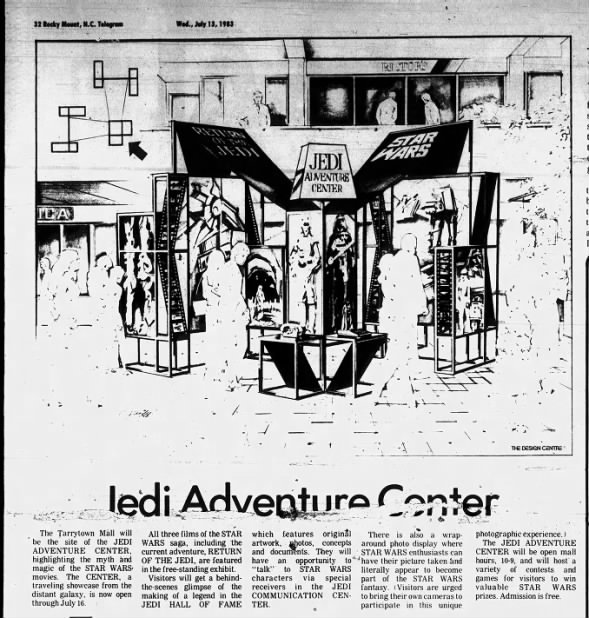 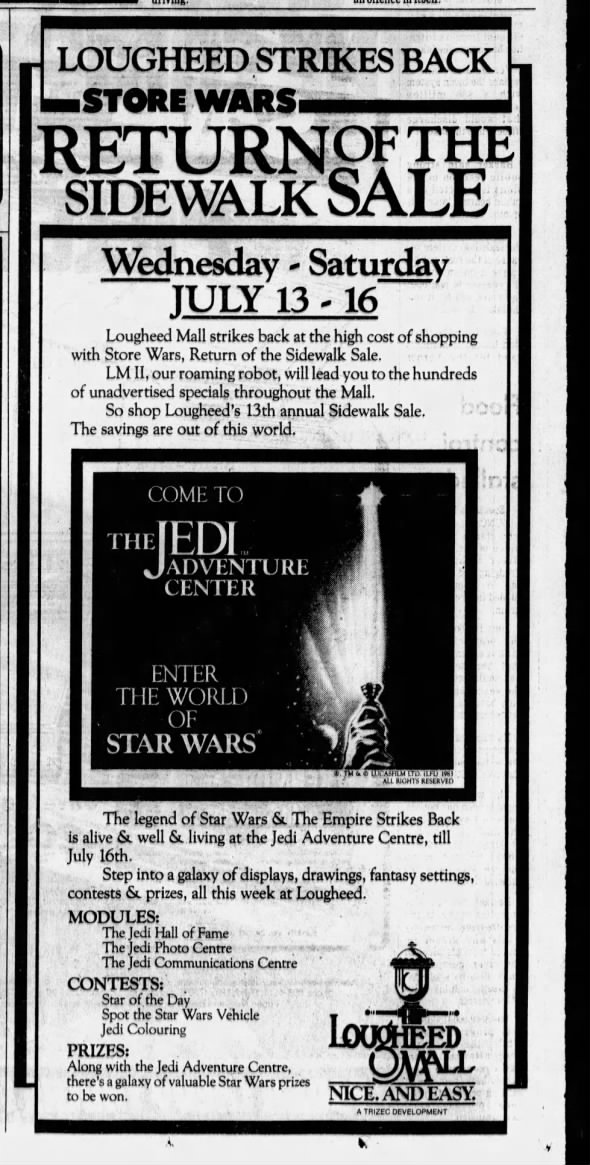 My thoughts on the Day 2 Funko POP! reveals for the 2021 NOT Emerald City …

My thoughts on the Day 1 Funko POP! reveals for the 2021 NOT Emerald City …