This site may earn affiliate commissions from the links on this page. Terms of use.

For years, Wink has been one of the best ways to set up and control your smart home. Rather than dealing with half a dozen different apps, you could run everything through Wink. Easy! However, the company’s long-rumored financial issues seem to have caught up to it. Without warning, Wink has demanded a $5 monthly subscription starting this very month. Without that, Wink hubs will stop working. Customers are calling this a bait-and-switch.

The journey toward the smart home of the future has been rough, with manufacturers utilizing numerous connectivity standards and control mechanisms. Wink’s pitch is that you can control them all with a Wink Hub, which has Bluetooth, ZigBee, Z-wave, and more. The company only makes a few sensors that connect to the hub, so the idea is that you’ll buy third-party devices like locks, lightbulbs, cameras, and more to control via Wink.

Controlling and automating those devices through Wink has always been free, but now Wink says running ongoing cloud service costs, and recent economic events (read: the coronavirus pandemic) have forced it to rethink the way it does business. Thus, the subscription plan. Previously, Wink survived just on the cost of its hubs and sensors — the most popular Wink Hub costs $70. That’s not exactly a fortune, but customers are understandably annoyed that their smart home hubs suddenly require a subscription. Anyone who hasn’t paid up by May 13th will see their hubs stop working. Wink’s app can talk to many different smart home devices, but it won’t be free anymore.

The extremely short notice suggests that Wink is in truly dire straits, but Wink isn’t alone in its financial distress. Millions of households have experienced unprecedented hardship from the pandemic, so this is a terrible time to ask people to drop cash on a subscription that previously was not required.

On the other hand, you can understand Wink’s position. Many smart home devices with subscriptions could work without them if the company wanted to make that possible. For example, security cameras could support local video management, but most opt for cloud-only support that costs money. Wink, however, is trying to weave together multiple smart home platforms and make them accessible via the Wink app from anywhere. That’s much harder to do without a server-side component, and it costs money to do that. Still, going about it in this way is probably going to ruin any goodwill the company had. 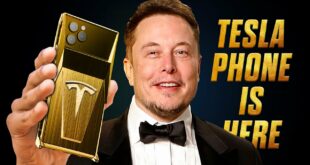