The empowering DC superhero, Wonder Woman, is back in her newest movie, Wonder Woman 1984. Facing off against the all-new formidable foes whose ruthless ambitions threaten to destroy the world, fans’ beloved heroine must again draw on her incredible strength, courage, and wisdom to save the world from greater evil. 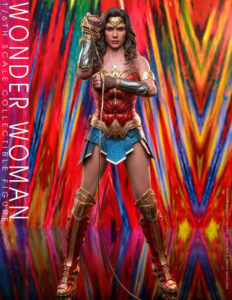 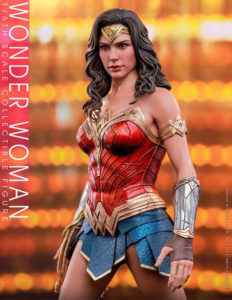 Sideshow and Hot Toys are very excited to present the new sixth scale Wonder Woman collectible figure capturing the warrior princess down to the finest details. Beautifully crafted based on the appearance of Gal Gadot as Diana Prince/ Wonder Woman in the movie, the figure features a newly developed head sculpt with an astonishing likeness and long curly dark brown hair sculpture, 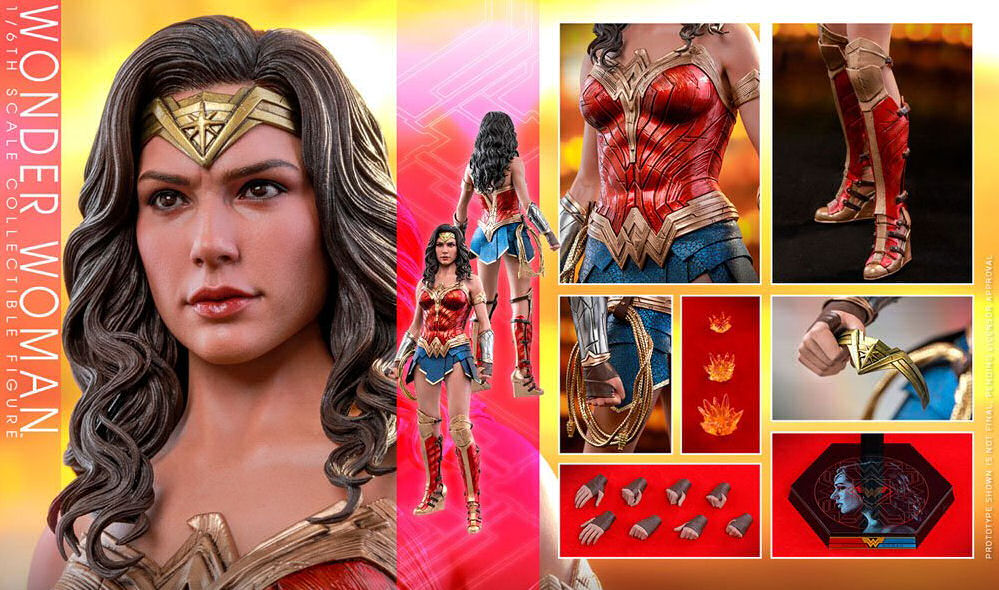 Reserve the Wonder Woman figure today. It’s a chance to gear up with the world’s greatest warrior!

Wonder Woman 1984 (also marketed as WW84: Wonder Woman 1984) is an upcoming American superhero film based on the DC Comics character Wonder Woman. It is the sequel to 2017’s Wonder Woman and the ninth installment in the DC Extended Universe (DCEU). The film is directed by Patty Jenkins from a script she wrote with Geoff Johns and David Callaham, and a story by Johns and Jenkins. It will star Gal Gadot as Diana Prince / Wonder Woman, alongside Chris Pine, Kristen Wiig, Pedro Pascal, Robin Wright, and Connie Nielsen in supporting roles. Set in 1984, during the Cold War, the film will follow Diana as she faces off against Maxwell Lord and Cheetah.

Discussion of a sequel began shortly after the release of the first film in June 2017, and the decision to proceed was confirmed the following month. Principal photography began on June 13, 2018—with filming taking place at Warner Bros. Studios, Leavesden in England, as well as the District of Columbia and Northern Virginia in the United States, London and Duxford in England, Tenerife and Fuerteventura in the Canary Islands, and Almería in Andalusia, Spain—and finished on December 22, 2018, after a six-month shoot. Additional filming took place in July 2019.

Wonder Woman 1984 is scheduled to be released in the United States by Warner Bros. Pictures in RealD 3D, Dolby Cinema, IMAX, and IMAX 3D on October 2, 2020.

Gal Gadot born 30 April 1985 is an Israeli actress, model, and producer. At age 18, she was crowned Miss Israel 2004. She then served two years in the Israel Defense Forces as a fitness/combat readiness instructor, after which she began studying law and international relations at IDC Herzliya college while building her modelling and acting careers.

Gadot’s first international film role came as Gisele Yashar in Fast & Furious (2009), a role she reprised in subsequent installments of the film franchise. She went on to gain worldwide recognition for portraying Diana Prince / Wonder Woman in the DC Extended Universe, beginning with Batman v Superman: Dawn of Justice (2016), followed by the solo film Wonder Woman and the ensemble Justice League (both 2017). In 2018, Time magazine named Gadot one of the 100 most influential people in the world, and she was ranked among the world’s highest-paid actresses

Previous ONE-PUNCH MAN Vol. 16- Everything You Miss From American Superhero Comics Is Waiting For You Here
Next Solo: A Star Wars Story Official Trailer