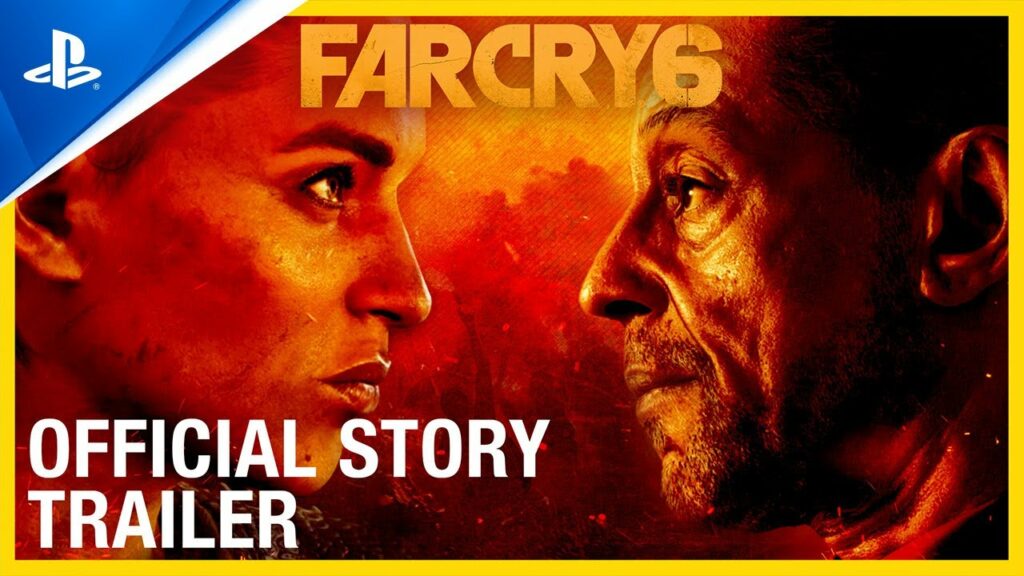 Discover the story of Yaran Dictator Antón Castillo (Giancarlo Esposito) and the modern guerrillas rising up against him.A revolution is not won by the fearless – it is won by the feared. Welcome to Libertad.

Far Cry 6 is an upcoming first-person shooter game developed by Ubisoft Toronto and published by Ubisoft. It is the sixth main installment of the Far Cry series for Amazon Luna, Microsoft Windows, PlayStation 4, PlayStation 5, Xbox One, Xbox Series X/S, and Stadia. The game is set to be released on October 7, 2021.

The game is set on Yara, a fictional Caribbean island ruled as a dictatorship by “El Presidente” Antón Castillo (portrayed by Giancarlo Esposito), who is raising his son Diego (Anthony Gonzalez) to follow in his rule. The player takes the role of guerilla fighter Dani Rojas, attempting to topple Castillo and his regime.

Far Cry 6 takes place on the fictional Caribbean island of Yara, which is inspired by Cuba and described as “the largest Far Cry playground to date” and “a tropical paradise frozen in time”. It is ruled by “El Presidente” Antón Castillo (Giancarlo Esposito), a fascist dictator with full control over the island. Castillo is guiding his son Diego (Anthony Gonzalez), who is unsure of his own future, to follow in his footsteps. Esposito described his character as a leader “trying to empower the people to understand that they need strong leadership now”, but is stuck in the middle of a revolution. Esposito further added that “his father was a dictator before him and he wants to empower the people to take their country back. His goal is to use the resources that they have within the country to survive without allowing outsiders to come in and co-opt their scientists, their intellectual property, all of these things”.[5] Esposito continued that Antón is “trying to empower his son to take up his mantle and really embrace ideas that would allow him to see that soon he will probably be the next leader in this country”.

The player takes the role of a local Yaran named Dani Rojas, a former soldier in the Yaran armed forces turned guerrilla soldier fighting for freedom who attempts to restore their nation to its former glory. The player can select Dani’s gender at the start of the game source wiki