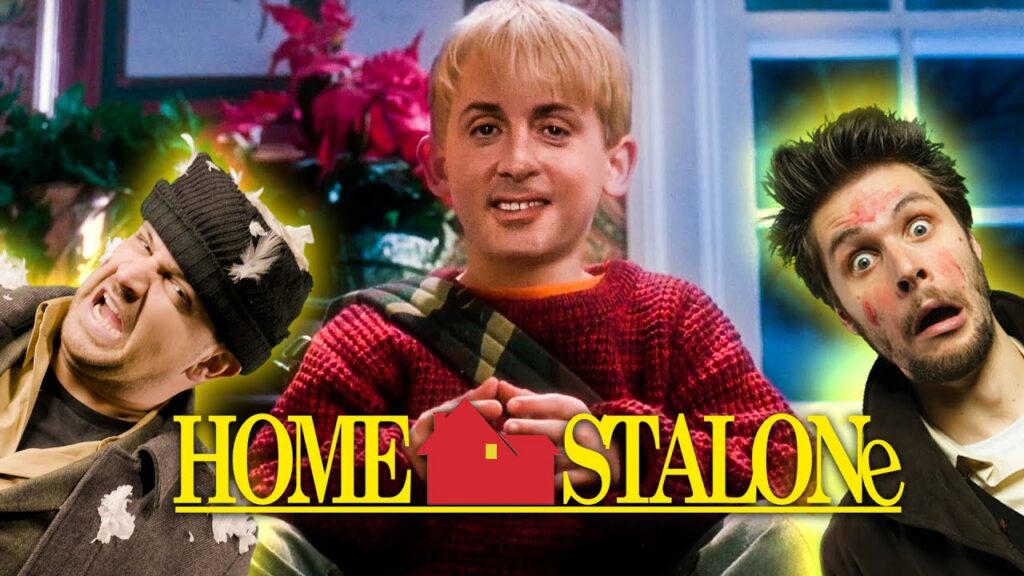 Sylvester Stallone is home alone and burglars Jordy (Marv) and Yannick (Harry) break into his house. Enjoy this Christmas shortfilm that was created with Deepfakes by VFXChrisUme.

Home Alone is a 1990 American comedy film directed by Chris Columbus and written by John Hughes. It is the first film in the Home Alone franchise, and stars Macaulay Culkin, Joe Pesci, Daniel Stern, John Heard, and Catherine O’Hara. Culkin plays Kevin McCallister, a boy who defends his Chicago home from burglars after his family accidentally leaves him behind on their vacation to Paris.

Hughes conceived Home Alone while preparing to go on vacation. Warner Bros. originally intended to finance and distribute the film, but shut down production after it exceeded its assigned budget, and 20th Century Fox assumed responsibilities following secret meetings with Hughes. Columbus and Culkin were hired soon afterwards, and filming took place between February and May 1990 on location across Illinois.

Home Alone premiered in Chicago on November 10, 1990, and was theatrically released in the United States on November 16. It received positive reviews, with praise for its cast, humor, and music, though the plot received some criticism. Home Alone grossed $476.7 million worldwide, becoming the highest-grossing live-action comedy until the release of The Hangover Part II (2011), and made Culkin a child star. It was nominated for the Golden Globe Award for Best Motion Picture – Musical or Comedy, and Best Actor in a Motion Picture – Musical or Comedy for Culkin, and for the Academy Award for Best Original Score for John Williams, and Best Original Song for “Somewhere in My Memory”. Home Alone has since been considered one of the best Christmas films of all time.A sequel, Home Alone 2: Lost in New York, was released in 1992. source wiki