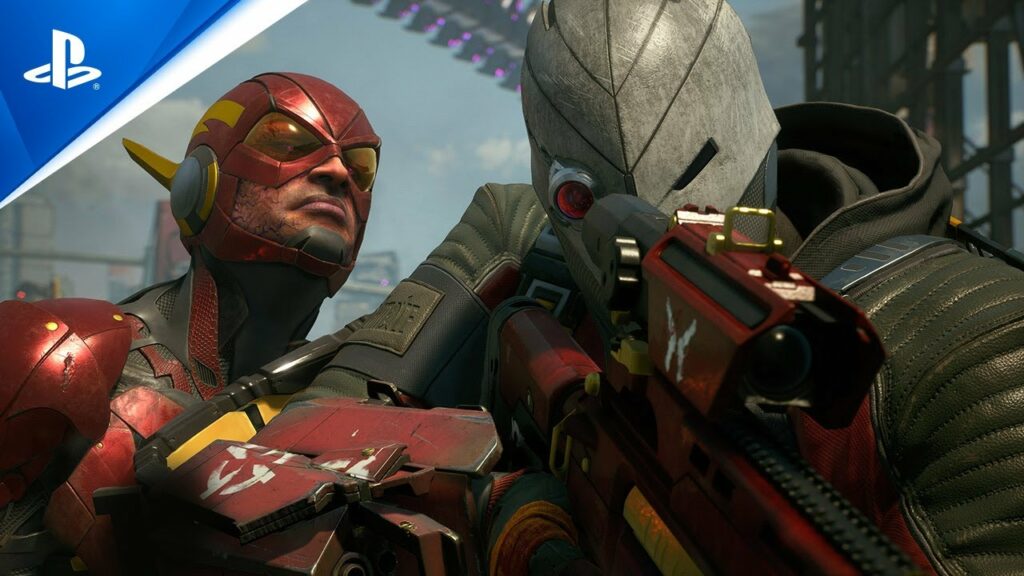 Suicide Squad Game  Kill the Justice League is a new action-adventure game developed by Rocksteady Studios and published by Warner Bros. Interactive Entertainment. It is set to be released in 2022 for Microsoft Windows, PlayStation 5, and Xbox Series X/S. It is a continuation of the Batman: Arkham series and will be the first game in the series not to feature Batman as the title character or the player protagonist. This game revolves around the titular team’s attempts to defeat Brainiac when he invades Earth and brainwashes the Justice League.

Gameplay
Suicide Squad Game  Kill the Justice League is a genre-bending action-adventure game set in an open world based on Metropolis. The game features four playable characters: Captain Boomerang, Deadshot, Harley Quinn, and King Shark.While it can be played solo, the game also features a four-player cooperative multiplayer mode. When played solo, players can switch between characters at will, while the other characters are controlled by the AI

Plot
The game is set in the universe previously established by the Batman: Arkham series, taking place sometime after the events of Batman: Arkham Knight. Amanda Waller (Debra Wilson) creates a task force known as the Suicide Squad, which is composed of Arkham Asylum inmates Harley Quinn (Tara Strong), Captain Boomerang, Deadshot and King Shark (Samoa Joe), for a covert mission in Metropolis. Only when they arrive in the city do they realize the severity of the situation: Brainiac has invaded Earth and has started brainwashing its inhabitants, including the Justice League members Superman, Flash (Scott Porter) and Green Lantern, with Wonder Woman as the only apparent member who is not under Brainiac’s control. Unable to depend on any hero for help, it is up to the Suicide Squad to save the world by assassinating the Justice League and stopping Brainiac. source

Task Force X has a target: Kill the Flash or die trying.

Check out the first official #GameplayTrailer of #SuicideSquadGame and experience how each super- villain’s unique abilities combine to create chaos in Metropolis. Coming in 2022 to PS5™.