Thor Love and Thunder : Everything You Need to Know About the Latest Marvel Release 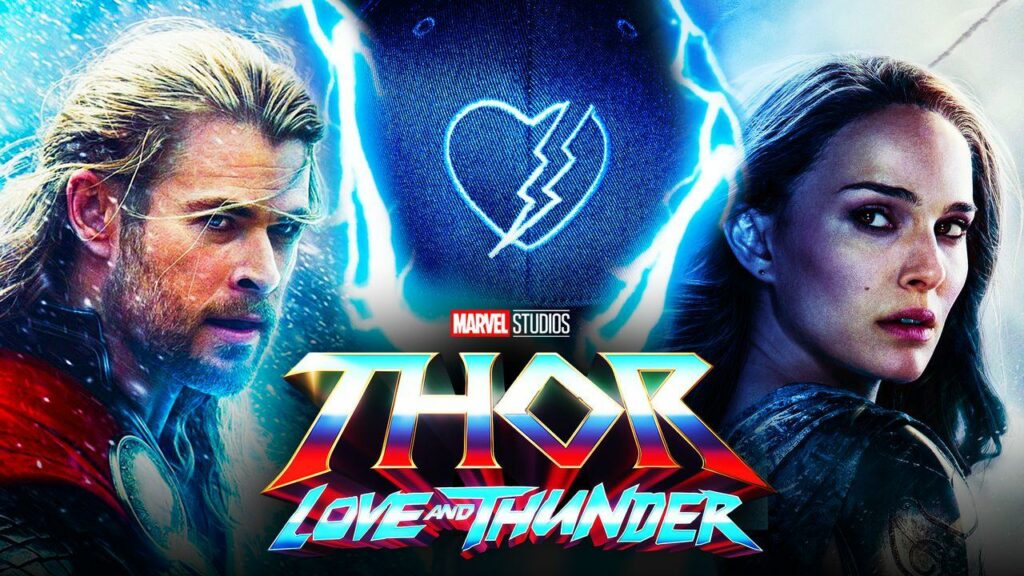 The recent releases in the Marvel Cinematic Universe (MCU) have proven a little inconsistent when it comes to box office success, with Spider-Man: No Way Home proving the exception and not the rule, but the money-making franchise is sure to see another massive hit when the latest iteration of the Thor series is released this July.

Thor: Love and Thunder will be the 29th film in the MCU series and the fourth Thor movie, and will see Chris Hemsworth reprise the lead role in a film directed by Taiki Waititi, who helmed Thor: Ragnarock back in 2017.

Clearly, the coronavirus pandemic had an effect on the comparative success of the recent Marvel releases, which were no doubt finished with some difficulty and may well have had to depend on the occasional use of stock videos to make up for the inability to complete reshoots.

Mixed reviews and a lukewarm box office reception followed the release of Eternals, which could be similarly said of Black Widow and Shang-Chi and the Legend of the Ten Rings. It seems that Tom Holland’s star power was enough to make Spider-Man: No Way Home to be a massive success, with his third outing as the webbed crusader having already grossed over $1.5 billion.

Thor: Love and Thunder is part of the MCU’s fourth phase and will see Thor working together with the Guardians of the Galaxy stars such as Chris Pratt, Dave Bautista, and Karen Gillan.

Perhaps most importantly, this episode in the series will see Natalie Portman return as Jane Foster, who finds herself yielding powers similar to Thor in what will surely be the start of a new perspective for the Thor series.

The script for the film has been written by Waititi alongside Jennifer Kaytin Robinson and is adapted from the Mighty Thor comic book, and one imagines the recipe for a massively high grossing movie is all there.

Waititi did a masterful job with Thor: Ragnarok, where the New Zealand-born director also starred as comic sidekick Korg. The Oscar winner who picked up an Academy Award for best-adapted screenplay for the sublimely superb Jojo Rabbit.

The first Thor movie, released in 2011, directed by Kenneth Branagh, came as the MCU was finding its feet. Iron Man and Iron Man 2 had helped to bring Marvel back to the fore, and Thor proved a big success.

Hemsworth, a relative unknown at the time, thrilling audiences in a movie that was critically well-received and made $449 million in the box office from a budget of $150 million and firmly established the Australian actor as a star of the screen.

Two years later, in 2013, Alan Taylor directed Hemsworth in Thor: The Dark World in a sequel that was also successful in terms of audience numbers, grossing $644 million from a $170 million budget.

Phase four of the Marvel Cinematic Universe is clearly driven by the events that occurred at the end of Avengers: Endgame, leaving Marvel Studios president Kevin Feige having to work out how best to move the series into a new age.

Ironman, at least in the guise of Robert Downey Jr, is nowhere to be seen, and similar Captain America, or at least Chris Evans, won’t be back, and that’s another key role that has to be recast and reconsidered. Moves to sew up that loose end have progressed in some sense with the Falcon and Winter Soldier tv series.

So with this in mind, Thor is one of the few remaining original characters in the series still being helmed by the same actor. Hemsworth has been playing the role since 2011 with astonishing success.

Indeed, much like with Downey Jr. and Evans, it’s hard to imagine now anyone else playing the role of Thor, but one does wonder how much longer he will fill the role.

There’s no return for Tom Hiddlestone as Loki, who’s tv series proved a big success, but Tessa Thompson comes back as Valkyrie, and Christian Bale has been brought in to play Gorr the God Butcher, and Jeff Goldblum is back as the Grandmaster, a role he played with great aplomb in Thor: Ragnarok.

Matt Damon and Russell Crowe are also involved as cameos in the film, with Crowe apparently set to play Zeus.

Production on the film began in January 2021 in Australia and has been completed, with Waititi confirming that post-production will be done by February ahead of a July 8th release date.

End of an Era?

There is growing speculation that Thor: Love and Thunder may well be the last of Hemsworth in the lead role, with speculation rife that Natalie Portman will take the role of Mighty Thor and will then lead a new series as part of Phase Five of the MCU.

One imagines that this episode of the Thor series will be a groundbreaking one in every respect, and it’s sure to prove a massive success with fans and critics alike.