An **Award-Winning** Sci-Fi Short Film: “The Space Between Us” | TheCGBros

Watch this amazing **Award-Winning** sci-fi short film called “The Space Between Us” as we find the world choking on pollution, and needing oxygen masks to survive. However, the key to humanity”s survival may be held by a captured sea-creature named “Adam”! For more information, please see the details and links below:

We follow Juliette, a cleaning lady in a research institute called Beacon. The world of Beacon is a desolate place where the remainder of the human race is forced to use oxygen masks to survive because of severe air pollution.

In their search for finding a new way of living they manage to capture a sea creature, they name Adam that could prove vital in mankind’s salvation. The short film explores the theme self-sacrifice in a fast-paced action, sci-fi setting. The main selling point is the VFX done by a crew of 10 students at The Netherlands Film Academy.

A solid pipeline was set up which ensured a coherent workflow across various disciplines. Most of the indoor action was shot on an extensive location at a concrete factory.

The outdoor scenes were shot with the actors on a green screen set and composited with fully rendered backgrounds. The Netherlands Film Academy first ever high – profile CG creature Adam was a big achievement for the small team.

FX was also an integral part of the film as a large chunk of the action takes place underwater. The film has received a lot of positive feedback from audiences during the screening at Eye Film Museum.

The film has won four awards at the 2015 edition of the Scifi Film Festival in Australia.

WHO EXACTLY ARE THECGBROS? – https://bit.ly/2IGhYXC

If you’re a CGI ARTIST, ANIMATOR, FILM MAKER or STUDIO and would like your project showcased on our TheCGBros please visit http://bit.ly/2byguiS

TheCGBros have permission to broadcast this video and or it is part of Creative Commons the http://creativecommons.org/licenses/b…. If you believe this video should not be broadcasted on our channel, please contact [email protected] to remedy the situation. 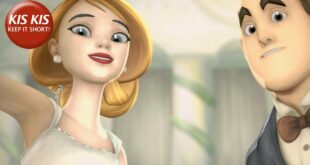 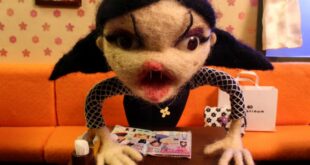