The coolest SuperHero themed video games in the Gaming Industry.

The coolest SuperHero themed video games in the Gaming Industry. 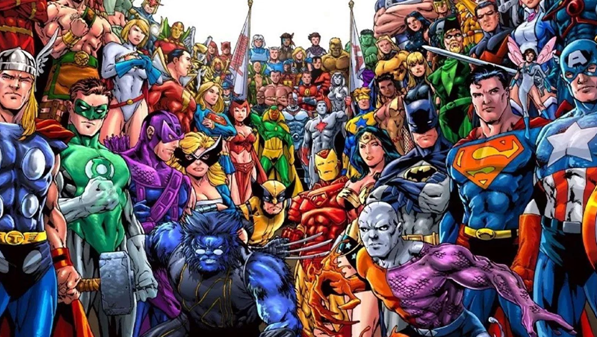 The video game world is chuck full of any fiction one could possibly imagine. We can find video games that simulate pretty much anything we’ve ever heard of or seen on TV. It’s not the first time that gamers come across video games themed specifically towards certain movies, as well as fictional stories from comics, and more. This article will focus mainly on the Super Hero theme, and one can find some of the coolest superhero themed video games out there right now, playable in the vast, never-ending video game community.

Released on October 18th of 2011, one of the best ever hero-based games to date, developed by Rocksteady Studios and published by Warner Brothers Interactive Entertainment, is Batman: Arkham City – a fully action packed adventure story game, where it’s based on actual D.C. Comics. It’s available on all gaming platforms and can be run on PC too. The player can roam freely across the City of Arkham as Batman, showcasing all kinds of superhero challenges, such as surveillance, as well as use of gadgets, investigation, combat, and more. You could even roam the Arkham City prison, complete missions, and even interact with NPC’s (non-player characters). More and more areas are unlocked as the storyline progresses.

This one’s a real oldie, but it does not get much more classic than this in the gaming world. Everyone remembers playing Marvel VS Capcom 2, which was released in the year 2000, directed by the legendary Yoshihiro Sudou, and developed & published by Capcom, Backbone Entertainment, Dreamcast and Virgin Interactive. A big group effort for the gaming industry in the year 2000, which revolutionised the combat gaming industry. The tag team based 2D fighter game has brought thrilling battles to gamers over numerous platforms over a span of 12 years, ranging from Dreamcast, to PS2, PS3, Xbox, Xbox 360, as well as Apple iOS devices.

Slot machine games in Online casinos have all kinds of themes ranging from ancient temples to warzones to sports, and in common cases, even superhero themed slots. Online casinos such as Unibet Casino have access to countless slot games themed around the Marvel and DC universes, where players can place bets for the chance to win big jackpots. Some examples of slot games based on superhero themes are; Dark Knight Rises, Marvel’s Spiderman, Iron Man, Thor, Captain America, Man of Steel, The Incredible Hulk, and many more.

Injustice 2
On the 11th of May, 2017, we saw the release of DC’s newest combat based video game, developed by NetherRealm and published by Warner brothers. The Legendary combat based game takes after the classic Mortal Kombat series, where players pick out their favourite heroes or villains and battle it out to the death in an intense one on one fighting game, battling it out in locations based on the real DC universe, and familiar to those with interest in the stories.