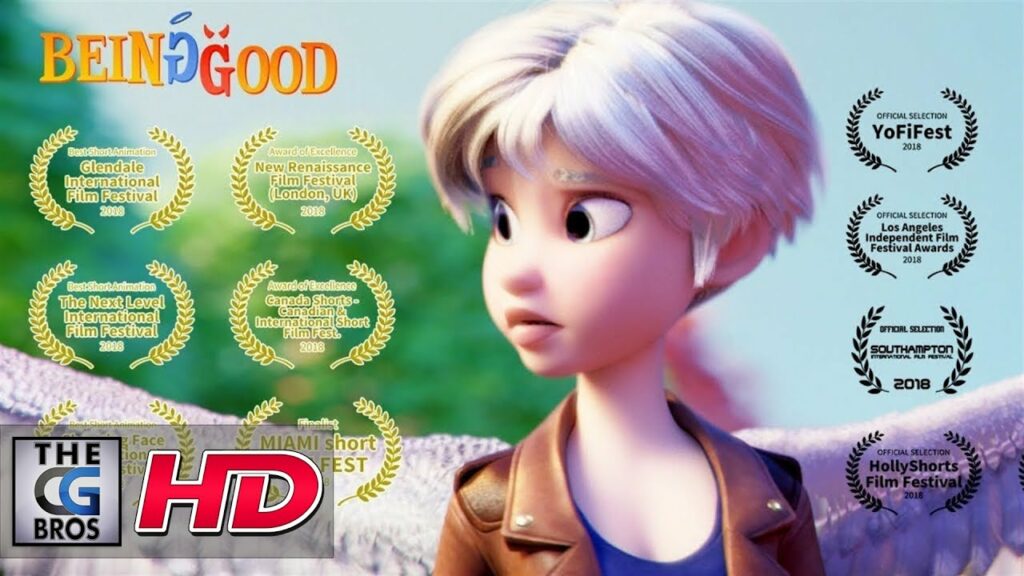 TheCGBros Presents “Being Good” by Jenny Harder – Is about identity and understanding the concepts of right and wrong. Our story is about a teenage girl named Embry and her two guardians, the angel Ava and the demon Mal who act as her conscience. While Ava and Mal could easily be considered as “good” and “evil”, the film develops the idea of their humanity and flaws.

BEING GOOD is an animated short film that has been in the making since 2016 and premiered at the CTN Animation Expo 2017. The short then went on tour in 2018 and we are proud to announce that we screened at 17 festivals worldwide, made 1 Semi-Finalist, 2 Finalists, received 2 Awards of Excellence and 3 Awards for Best Animated Short.

Complete Credits for the incredible team can be found here:
http://www.beinggood-film.com/credits/

And we want to especially thank all our sponsors that have supported us throughout our journey: Studio Gobo, Artella, Solid Angle, Frame.io, Syncsketch, Artstation and Sketchfab!

WANT TO GET FEATURED?
If you’re a CGI ARTIST, SCHOOL, ANIMATOR, FILMMAKER, or STUDIO and would like your project showcased on TheCGBros simply apply here ►https://www.thecgbros.com/getstarted/

Thank You for SUBSCRIBING –http://bit.ly/2c8Fl8u

TheCGBros have permission to broadcast this video and or it is part of Creative Commons the http://creativecommons.org/licenses/b… If you believe this video should not be broadcast on our channel, please contact [email protected]