Adam West, was an American actor. He was born on September 19, 1928 and passed away on June 9, 2017. He played the part of Batman in the 1960s ABC series of the same name as well as its theatrical feature film in 1966. He went on to reprise the role in numerous films and television shows until he retired from live-action performances. In the 1950s, West began his career as a film actor. In the film Geronimo (1962), he starred opposite Chuck Connors, and he appeared alongside The Three Stooges in the film The Outlaws Is Coming (1965). In addition to that, he had a role in the science fiction movie Robinson Crusoe on Mars (1964) and did voice work for the animated series The Fairly OddParents (2003–2008), The Simpsons (1992, 2002), and Family Guy (2000–2018), in all of which he played fictionalised versions of himself.

West, along with Burt Ward and Yvonne Craig (who played crime-fighting sidekicks Robin and Batgirl), was typecast as a result of his high-profile role; all three actors found it difficult to acquire additional jobs after their respective performances. West’s first role after leaving the character of the Caped Crusader was in the movie “The Girl Who Knew Too Much” (1969). Although he played Johnny Cain, a cynical and nasty character against type, in the major role of the movie, his reputation as Batman was not damaged; yet, the movie was not successful at the box office.

West was able to support himself for a while by making personal appearances while portraying Batman. In 1974, when Ward and Craig recreated their Batman roles for a TV public service announcement promoting equal pay for women, Dick Gautier appeared as Batman in place of Adam West. The PSA was broadcast on television. [One of West’s most memorable Batman appearances, after the series had ended, was with the United States Wrestling Association, which was based in Memphis. There, he engaged in a war of words with Jerry “The King” Lawler while wearing the cowl and a tracksuit, and he even name-dropped Spider-Man. This was one of West’s most memorable Batman appearances.

West maintained homes in both Palm Springs, California, and Ketchum, Idaho, and divided his time between the two.

He appeared in episodes of the television series Maverick as a guest actor. Murder, Love, American Style, Bonanza, The Big Valley, Night Gallery, Alias Smith and Jones, Mannix, Emergency!, Alice, Police Woman, Operation Petticoat, The American Girls, Vega$, Big Shamus, Little Shamus, Laverne & Shirley, Bewitched, Fantasy Island, The Love Boat, Hart to Hart, Zorro, The King of Queens, and George Lopez are all included in this diagnosis. In addition, West appeared in an episode of Bonanza that was rumoured to have never been shown until reruns began airing, and he also made multiple guest appearances on Family Feud as himself. In the year 1986, he had a starring role in the television comedy series The Last Precinct.

It’s time to visit Batman.
West frequently reprised his role as Batman/Bruce Wayne, beginning with the short-lived animated series The New Adventures of Batman and continuing with other shows such as The Batman/Tarzan Adventure Hour, Tarzan and the Super 7, Super Friends: The Legendary Super Powers Show, and The Super Powers Team: Galactic Guardians. West passed away in 2005. (succeeding original Super Friends Batman voice Olan Soule in the role). The live-action television special Legends of the Superheroes was filmed in 1979, and Adam West donned the Batsuit once more for the occasion. Because of his contributions to the Batman series, West was recognised by DC Comics in 1985 as one of the honorees in the magazine Fifty Who Made DC Great, which was part of the company’s celebration of its 50th anniversary.

In Tim Burton’s 1989 adaptation of the Batman comic book, West was one of the actors who were considered for the role of Thomas Wayne, Bruce Wayne’s father. At first, he had his sights set on playing the role of Batman. West did not make an appearance in any of the live-action Batman franchise films that were shown in theatres after the 1960s, and to this day, Burt Ward, who played Robin in the television series, has not done so either. However, he did lend his voice to a number of animated programmes and films centred on Batman, in addition to other endeavours tied to the television show. In the episode “Beware the Gray Ghost” from the animated series Batman: The Animated Series that aired on Fox in 1992, West voiced the character of Simon Trent, a washed-up actor who formerly portrayed a superhero in a television series called The Gray Ghost but who is now having trouble finding work. He voiced Batman and Bruce Wayne again in the short subject “Boo Wonder,” which was included in the third episode of Season 5 of Animaniacs.

Adam West and Burt Ward made the announcement in 2015 that they would be reprising their roles as Batman and Robin (along with Julie Newmar as Catwoman) for two animated features to celebrate the upcoming 50th anniversary of the television series. In addition, Adam West and Burt Ward voiced their respective characters throughout the television series. Before it was made available on DVD and Blu-ray, the first film, Batman: Return of the Caped Crusaders, was shown in theatres for just one day on October 10, 2016, before it was made available at home. The second film, Batman vs. Two-Face, was released on October 10, 2017, exactly four months after West passed away. William Shatner reprised his role as Two-Face in this film.

The Adam West Batman DC Comics superhero of the same name inspired the live-action television series Batman, which aired in the 1960s in the United States of America. It features Adam West as Bruce Wayne/Batman and Burt Ward as Dick Grayson/Robin, two crime-fighting heroes who defend Gotham City from a variety of supervillains. Both of these characters were played by Adam West.  It is famous for its camp flair, its peppy theme tune, and its deliberately hilarious and straightforward morality (aimed at its largely teenage audience). This includes promoting the significance of activities such as wearing seat belts, completing schoolwork, consuming veggies and milk, and eating vegetables.

The show’s executive producer, William Dozier, referred to it as the only situation comedy currently airing that does not have a laugh track. The ABC television network broadcast all 120 episodes over the course of three seasons, beginning on January 12, 1966 and ending on March 14, 1968; twice weekly for the first two seasons, and once weekly for the final season. Television writers Alan Sepinwall and Matt Zollz Seitz placed Batman in the 82nd spot on their list of the greatest American television shows of all time at 2016. Between the first and second seasons of the television show, there was also a feature film adaptation that was produced in 1966.

The story follows Batman and Robin as they fight various criminals in Gotham City in this animated television series. Although the lives of their alter egos, millionaire Bruce Wayne and his ward Dick Grayson, are frequently shown on the show, they are typically only shown for a short period of time.

This is typically because they are called away on superhero business or because they are in situations where they need to use their public identities to assist in their fight against crime. When the Gotham City Police are unable to solve a case involving a supervillain, the “Dynamic Duo” frequently rushes to their help to provide assistance. Throughout the course of each episode, Batman and Robin pursue a sequence of seemingly impossible clues (also known as “bat logic”) in order to learn the supervillain’s plot, then find out how to defeat that plan and catch the culprit.

Batman was broadcast on television twice a week, on consecutive nights, for its first two seasons. Every episode consisted of two parts, with the exception of two three-parters that aired in the second season and featured the Joker and the Penguin working together, followed by the Penguin and Marsha, Queen of Diamonds working together. The titles of each of the stories in the collection typically have a rhyme. The third and last season consisted of stand-alone storylines, and it was during this season that Yvonne Craig made her debut as Barbara Gordon/Batgirl.

Each episode of this season aired once per week. Except for the episode that served as the series finale, all of the stories in the third season finished with a teaser that featured the guest antagonist of the following episode. When a story is broken up into numerous parts, the cliffhangers typically include the villains keeping someone captive, typically Batman or Robin, and threatening the captive(s) with death, grievous harm, or another fate. These cliffhangers are addressed early in the following episode, with Batman and Robin escaping every potential death trap that they were in.

In spite of the fact that it was ostensibly a crime show, the tone of the show was intentionally goofy and tongue-in-cheek. It was a genuine situation comedy in the sense that the situations were blown out of proportion and played for laughs in most cases. This became more prevalent as the seasons went on, along with an increase in the level of ridiculousness that was being displayed. However, the characters never failed to take the ridiculous circumstances very seriously, which contributed to the show’s overall comedic tone.

Ed Graham Productions obtained an option on the television rights to the comic book Batman in the early 1960s and planned to create a straightforward juvenile adventure show for CBS to air on Saturday mornings, similar to the way that Adventures of Superman and The Lone Ranger were portrayed on television.

Yale Udoff, an ABC executive from the East Coast who had been a fan of Batman since his childhood, contacted ABC executives Harve Bennett and Edgar J. Scherick, who were already considering developing a television series based on a comic-strip action hero, to suggest a prime-time Batman series in the same hip and fun style as The Man from U.N.C.L.E. Udoff was a fan of Batman since his childhood. DC Comics promptly reobtained the rights and signed a deal with ABC after negotiations between CBS and Graham came to a stalemate. ABC then sold the rights to 20th Century Fox to produce the series, which led to the negotiations between CBS and Graham breaking down.

After that, 20th Century Fox passed the idea along to William Dozier and Greenway Productions, which is the production firm he runs. ABC and Fox were anticipating a cool and humorous, yet critically serious, adventure show from the show. Dozier, who had never read comic books before, came to the conclusion that the only way to make the programme work was to do it as a pop-art campy comedy after reading numerous Batman comics for research purposes. Dozier had never read comic books before. Initially, spy novelist Eric Ambler was going to script a TV movie that would premiere the television series, but after learning about Dozier’s campy comic approach, he decided to back out of the project. In the end, two different sets of screen tests were filmed: one with Adam West and Burt Ward, and the other with Lyle Waggoner and Peter Deyell. West and Ward were ultimately chosen for the roles, but Waggoner and Deyell were also considered.

Checkout Corridor Crew! We have a whole show where we create videos like this every week ► https://youtu.be/NzLafsZWKxA

This Episode ►
We put original Batman into the newest Batman movie trailer. 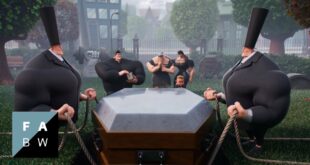 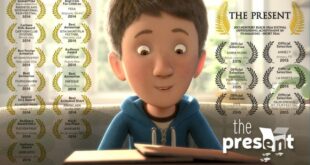