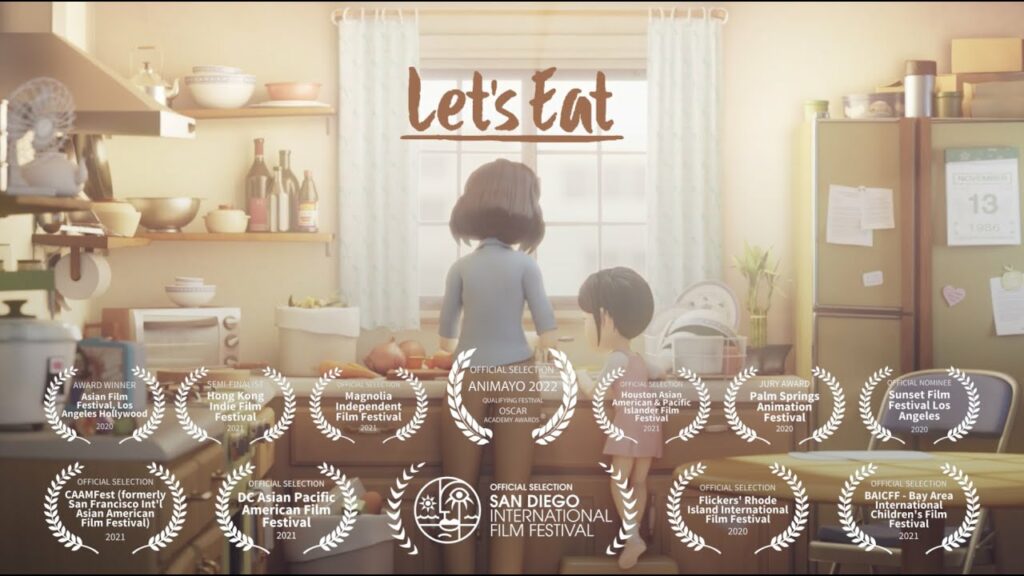 Let’s Eat is a 8 minute animated short film that centers on the relationship between a mother and daughter in a Chinese-American immigrant family. Let’s Eat strives to be a universal story told through a distinctly Asian-American voice.

As a single parent in an unfamiliar country, Ma’s entire life centers around raising Luan, her rambunctious young daughter. Likewise, Luan spends her childhood indulging in endless quality time with her playful, loving mother. However, as Luan grows up, it isn’t long before daily life interferes and causes mother and daughter to grow apart. By channeling their feelings into cooking, the two strive to find their way back to each other, one homemade meal at a time.

Ma and Luan’s tale touches upon mother-daughter relationships, the American immigrant experience, and the unspoken translation of love into food – familiar themes reflected through a fresh perspective often overlooked in mainstream media. We at Anamon Studios aim to share in our similarities as much as we celebrate our differences, and to this end we hope that Let’s Eat will resonate with audiences of all backgrounds and experiences.