The Batman Arkham Knight Hot Toys Figures Batman & Joker will totally Blow You away.Perfectly crafted in 1/6 masterpiece format with stunning attention to detail you can expect from the Hot Toys Crew.

Sideshow and Hot Toys are very excited to officially introduce the incredible sixth scale collectible figure of Batman from this highly acclaimed game! The collectible figure is expertly crafted based on the appearance of Batman from the game featuring a newly developed masked head sculpt with interchangeable neutral and angry expression lower faces, a highly detailed and meticulously tailored multi-layer and multi-texture Batsuit (V8.03), number of Batman gadgets including Batarangs, grapnel gun, disruptor, REC gun, freeze grenade and more! 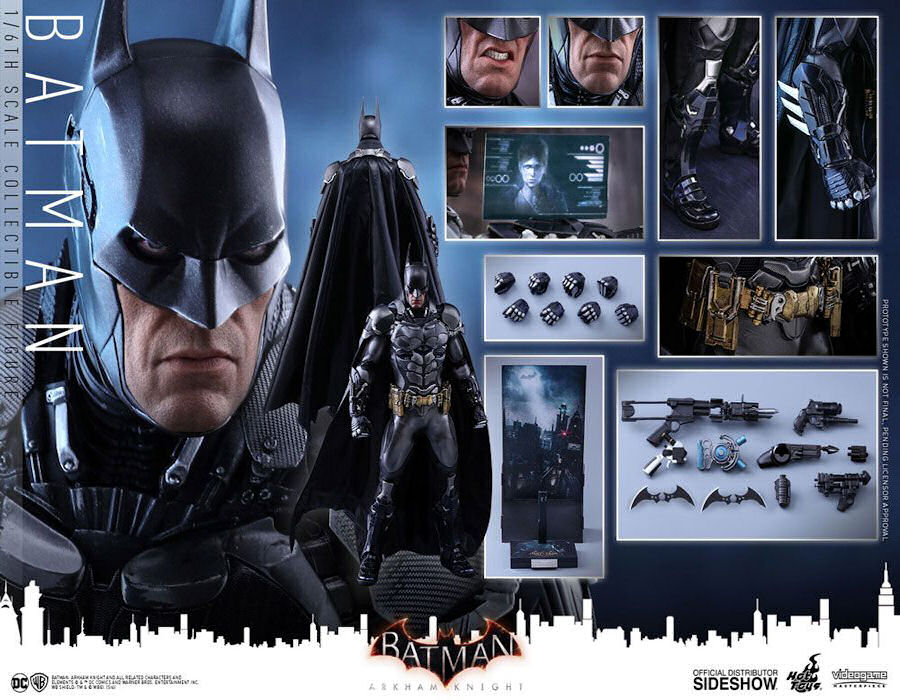 With a tremendous fan base for the Batman: Arkham series, Batman: Arkham Knight has become one of the fasting selling game titles upon its release and earned numerous positive reviews from fans and game reviewers around the globe! In the highly acclaimed Batman: Arkham Knight game, Gotham City is under a terrifying threat as Scarecrow returns to unite the super criminals of Gotham and destroy Batman forever! To take down these dangerous villains, Batman is donning an upgraded Batsuit with new gadgets to save the city he is sworn to protect.

Next up we have a look at the Batman Arkham Knight Hot Toys Joker Figure ..

Sideshow and Hot Toys are delighted to officially introduce the widely anticipated sixth scale collectible figure of The Joker in Batman: Arkham Asylum! 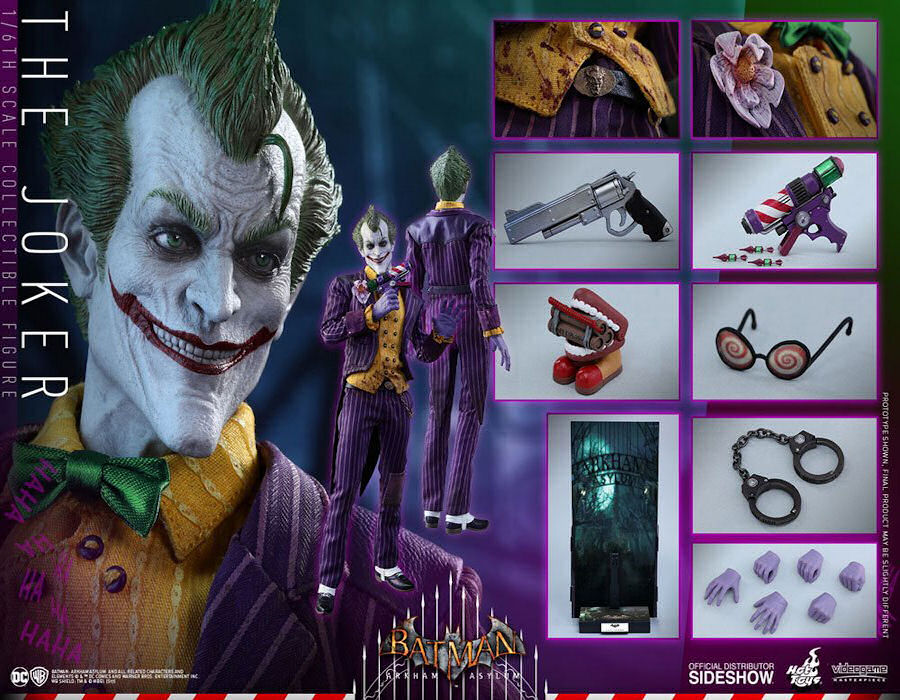 In Batman: Arkham Asylum, the game title that jump started the critically acclaimed Batman: Arkham game series, Batman must do all it takes to stop The Joker’s elaborate plot to destroy Gotham City with the terrifying TITAN drug! As the game’s main antagonist and mastermind of the evil plan, The Joker is menacing yet has captivated many fans’ “love” for this maniacal Clown Prince of Crime!

This collectible figure is expertly crafted based on the appearance of The Joker in the game. It features a newly sculpted head with Joker’s iconic grin on his face, a newly developed body, skillfully tailored costume, a number of detailed weapons and accessories including a pistol, injection gun, chattering teeth explosive, and a figure stand with a specially designed backdrop.