Stranger Things is one of those series that gives you a really eerie vibe. The series set in the 80’s incorporates many things from everyone’s favorite decade from the music to the clothing as it made its way to become one of the top Netflix shows of the year. Drawing inspiration from Steven Spielberg and shows like Nightmare on Elm Street, this series reminded us of what a little ingenuity and cooperation from a group of kids could achieve. With a host of really lovable and intriguing characters, we get to understand the many mysteries and suspense we never knew a small town was capable of showing. Moreover the many twists and turns made by the writers, the Duffer brothers make this series worth watching. As the premiere of the new season draws near, how about a quick recap to what made us go crazy about Stranger Things. 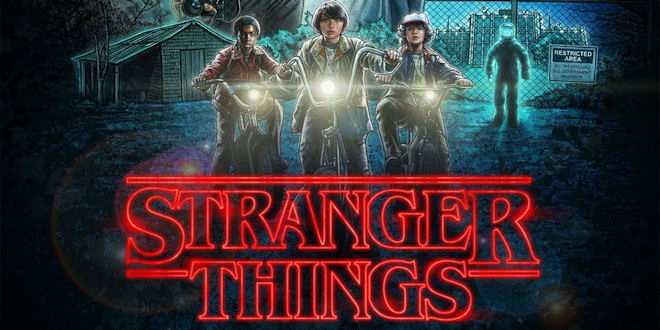 The Disappearance of Will.

The series opens up on the scariest note ever. As young Will is going home from a game of Dungeons and Dragons with his friends, he is cornered by something dark and sinister. The helpless kid is kidnapped and this sets the tone for many of the events we get to see. Most of the series activities and character motivations were based on getting Will back. As expected, Will’s mom and family were devastated and we saw the tremendous lengths she went to get her son back. Though the appearance of 11 spiced up the series and opened doors to some really impressive cinematography, the loss of Will and what might have become of him was a truly scary prospect to consider. Luckily for him (and us), his friends never gave up on Will and kept searching even as time went on never fearing to push the boundaries to figure out how to find their friend.

Most people imagine a show starring lots of children to hold back on the gritty and dark themes Stranger Things explored. Not only did they get surprised they were in turn were made to enjoy this marvelous series that was developing from infancy. 11, a really powerful character capable of flipping cars or crushing brains with her mind was the center of the story line, both as the cause and as the solution, she had opened the gates to let out the Demo-gorgon (albeit mistakenly) and had gone on to destroy it while vanishing in a whirl of ash and flying sparks. This strongly reflects the portrayal of the character throughout the series. Millie Bobby Brown treats us to very gripping portrayal of a character that has gone on to become a favorite among fans of the series. This young character is smart, lovable, cute and at the same time easily the most dangerous character in the series, this is in part due to the mystery that has always surrounded her as well as the abilities she had been shown to possess.

Jonathan, Jonathan Jonathan. What do you do when a crush of yours doesn’t know you exist and you can tell she is in love with a bully who is selfish and just cares about himself? Easy be an even greater wierdo by stalking her. (Just kidding) But stranger things opened the door to the complexity that is the world of High School romance, with many plots and sub plots been propelled by the shows young and coming of age characters. We were all left swooning from Mike’s continuous show of affection towards 11 as well as Steve’s redemption all tapping into our sappy love conquer’s all feelings.

Mike, Dustin and Lucas set the gold standard for friendship as the series went on. Gearing up and fighting to find out what happened to the last member of the quartet all the while trying their best to welcome and integrate a new friend they had met and gotten to love, 11.  This kids as we call them showed us what they were made of by not giving up and striving to keep that connection with a friend that had been lost, one that might not have been alive anymore. This sincere and simple expression of love by this kids allowed us to truly appreciate the sincerity and purity of friendship. In fact one of the most epic moment in the series was when Dustin proclaimed their friendship for 11 as well as stating her readiness to defend them at all costs.

Perhaps the most memorable thing about this series might just be it’s homage to the 80’s. We have a natural craze for the 80’s and Stranger Things reminded us of why. With it’s retro look, cool antique cars and cinematography reminiscent of this golden age, Stranger Things allows us little glimpses at it’s brilliance in drawing parallels from shows of old. Some shows that have seen parallels drawn with stranger things include; A Nightmare on Elm Street, Stand by Me, Extraterrestrial and Fire starter. This kind of brilliance is what makes us feel really excited about the new season of Stranger Things.