? ALL THE WAY IN on time travel at this point ?

Simpsons Matt Groening is a legendary producer but are his skills just tied to the Simpsons TV Show ?? Well have a look at this  video for compelling evidence that he may also be a time traveler. Must Watch !! 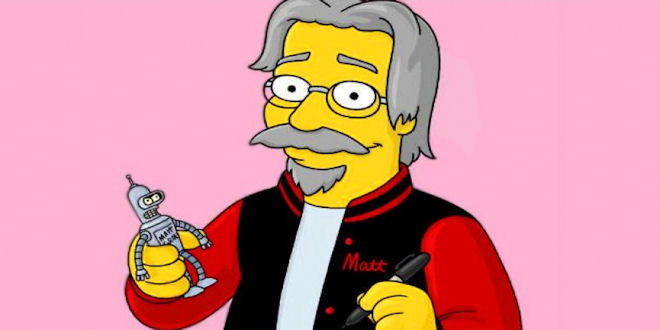