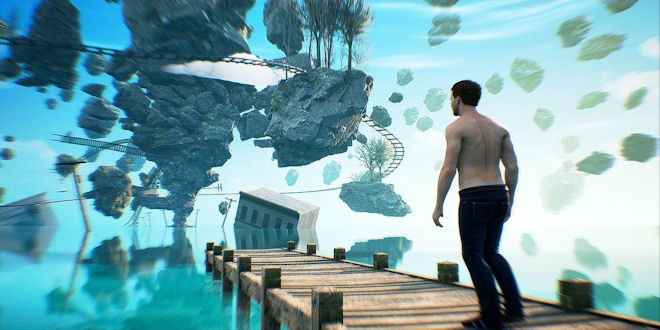 Your mind is the one place to find the truth.
Samuel, a 33-year old man recovering from a recent break-up, returns to his hometown Basswood, West Virginia, for the funeral of his best friend. Understandably depressed and bitter, he feels completely out of sorts and out of place… But when he wakes up in his hotel room with a bloody shirt and no memory of his whereabouts the previous night, he embarks on a twisted investigation to find the truth.
. 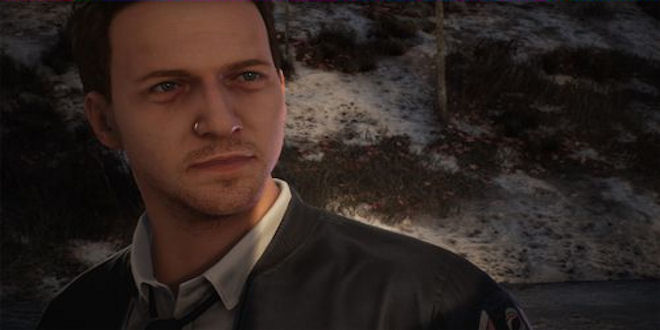 Twin Mirror is an adventure game played from a third-person view. Players control the investigative journalist Sam, who has returned to his hometown of Basswood, West Virginia. The environment is interactive and its objects are obtainable.Whom Sam speaks to is optional and, based on the state of his investigation, there are multiple endings to unlock.Players navigate between the real world and Sam’s “Mind Palace” to discover clues. Sam’s inner voice, the Double, may aid or harm the investigation

Partnering with publisher Bandai Namco, Dontnod Entertainment began developing Twin Mirror in 2016 with a separate team of senior developers. Lead writer Matthew Ritter was influenced by adventure games like Beneath a Steel Sky and Space Quest. The decision to set it in a fictional American town was to broaden its appeal..

Twin Mirror Key Features:
Play A Thrilling Investigation
Recall your memories and find the truth by exploring the dark undertones of a small town in West Virginia.
Embark on a compelling emotional journey
Sam’s quest is also one of redemption in his journey to find himself again and heal his wounded heart.
Direct Sam’s Fate
Your choices and values decide Sam’s place in life as you shape his relationships with the Basswood’s inhabitants.
[amazon_link asins=’B01GVS0R4I,B01M65RD19,B01GVRZZGY,B07BH9ZMRR,B01GVS0DXS,B00ZG1SUXC’ template=’ProductCarousel’ store=’zohecouk-21′ marketplace=’UK’ link_id=’7882c0dd-ba68-11e8-9d6d-09b1c6d8c379′]

10 x Fortnite Dances and where they came from in Real Life ..??