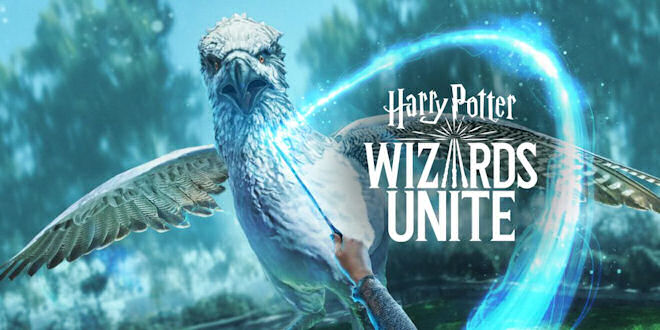 The game was announced on November 8, 2017, as an augmented reality mobile game developed by WB Games San Francisco and Niantic. Players will be able to visit real-world locations while casting spells, discovering mysterious artifacts, and encountering iconic characters and legendary beasts from the Harry Potter universe. Niantic has revealed the game will model inspiration from previous AR games Pokémon GO and Ingress. 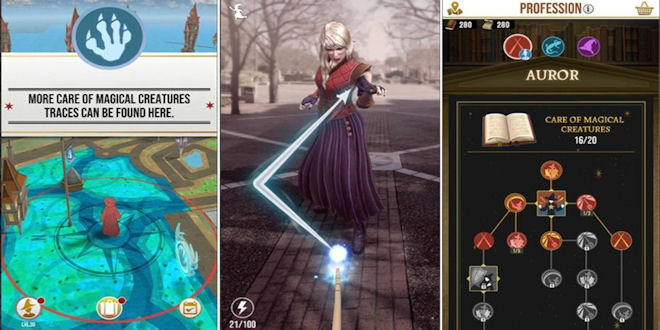 With Niantic’s purchase of Escher Reality, the game is expected to implement new technology to allow for persistent worlds within AR.

Harry Potter  Wizards Unite gameplay has been described as similar to that of Pokémon Go, with players able to view the gameplay world through a smartphone. The game allows players to fight against mythical beasts from the Harry Potter and Fantastic Beasts franchise. Players may choose their wizarding house, their wand, and their profession: either Professor, Auror or Magizoologist.

After creating a game account, the player makes an avatar, whose location depends on the device’s geographical location. The player then travels around the real world to find and catch magical creatures, and stop at inns (to replenish spell power), greenhouses (to gain potion ingredients) and fortresses (to fight more creatures). As the player moves within their real world surroundings, their avatar moves within the game’s map.source wiki