Random: Erstwhile Nintendo Rival Atari Is Building A Hotel, Because Why Not

The name ‘Atari’ is, for many gaming veterans, synonymous with video gaming. The company was a trailblazer in the world of arcades before bringing interactive entertainment home with the VCS/2600 console. However, following the video game crash of ‘83 – which many blame on Atari’s poor business practices – the company stumbled from one disaster to another before eventually giving up the ghost in the ‘90s, its assets pickled apart by other firms.

The Atari we have today is, therefore, not the one which thrilled us with the likes of Asteroids, Battlezone and Pong, and if you needed any more confirmation of that, then check this out – the 2020 version of Atari is building a hotel.

According to a press release issued yesterday, Atari is working with the GSD Group “to acquire the rights to build video game-themed Atari Hotels in the United States, with the first location breaking ground in Phoenix, AZ later this year.” Atari Hotels will apparently ‘level up hotel entertainment’ with ‘full immersive experiences for every age and gaming ability’, boasting the latest in VR and AR technology. These hotels will also host special studios to accommodate eSports events.

Fred Chesnais, CEO of Atari, had this to say:

We are thrilled to partner with GSD Group and True North Studio to build the first-ever Atari branded hotels across the United States. Together we’ll build a space that will be much more than just a place to stay. Atari is an iconic global brand that resonates with people of all ages, countries, cultures and ethnic backgrounds and we cannot wait for our fans and their families to enjoy this new hotel concept.

Work on the Arizona hotel is expected to begin this year, and additional hotels in Las Vegas, Denver, Chicago, Austin, Seattle, San Francisco, and San Jose are expected in the future.

Of course, Atari isn’t the first gaming company to entertain the idea of getting into the hotel business. Nintendo famously opened a chain of ‘love hotels’ in Japan that would allow amorous couples to book in for some short-stay ‘slap-and-tickle’. However, that was at a time before video games had dramatically changed Nintendo’s fortunes.

Atari is also working on a revival of its VCS console, which has endured a rather painful route to production.

Previous The Simpsons Quiz: Who Did It?
Next New Iron Maiden Pharaoh Eddie 8" Figure Image From NECA 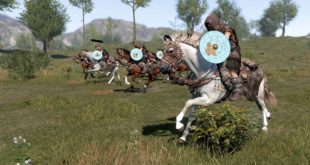 I’ve played a lot of Red Dead Redemption II and its online multiplayer mode. At …