There was much anticipation among the Sci Fi Fidelity audience and the podcast hosts for the arrival of Locke & Key on Netflix, and although the adaptation was not without its flaws, everyone enjoyed the magical, gothic feel of the spooky Key House and the similarly creepy powers the keys bestowed upon the Locke family. The young protagonists were immediately charming, and the complexity of their evolution throughout the series made for an enjoyable narrative even without the fantastical elements.

As always, we discuss the first two episodes at the start of the podcast, covering both the premise and our thoughts on the main characters we’re introduced to. We also acknowledge the graphic novel origins of Locke & Key and how Joe Hill’s story differs between page and screen. There’s a certain amount of appreciation for the casting of the Locke family, including the apparently ageless Connor Jessup of Falling Skies and the brilliant choice of It’s Jackson Robert Scott for the role of Bode, the youngest Locke. Particular attention is paid to the way the story of the murder of Rendell Locke, the missing patriarch of the family, unfolds a bit at a time.

The discussion takes note of the balance between the central mystery of the keys, their origins, and those who seek them out and the social lives of the Locke children and their mother, Nina. The crucial role that guilt and fear play in the family members’ lives is an aspect of the narrative that works particularly well, especially the farther Locke & Key progresses into its opening season.

The friendships and relationships that Matheson’s new kids form are both a part of the everyday drama and eventually an important part of the secrets that unravel throughout the series. We particularly enjoyed Jackie for breaking with the mean girl/jock stereotype and Rufus for being such a faithful but problematic friend to Bode.

Previous A Hero Nobody Knows Review – TheSixthAxis
Next .CUSTOMISED CASES ⠀ .send us your design ⠀ .or we make it for you ⠀ .h… 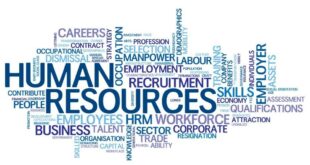