Spider-Man PS5 Leak! What’s going on guys? RBG here hitting you with another video on Spider-Man PS5. This is a weird time we’re living in where we have a new Avengers game hitting stores in a few months. But for some strange reason we’re getting more info on a Spider-Man game that won’t be out until next year. It seems like the anticipation is even higher for this game than it is for the Avengers which is totally understandable because Insomniac did a phenomenal job on Spider-Man 1. And as good as Crystal Dynamics is at making Triple A games, they still haven’t convinced fans that their game will be good. They haven’t been consistent in regards to updates and we’re still in the dark on what kind of game this even is. So yeah, they have a lot of work to do in terms of garnering the same praise Marvel’s Spider-Man has. But anyways we’ve been talking about the alleged leaks regarding Spider-Man PS5 story and gameplay. And we got even more rumors from a reddit user by the name of “UtopianThrowaway90” who’s name kinda speaks for itself. This is obviously a throw away account that’s made for all intents and purposes to release information on the newest Spidey game. The person releasing all of these leaks probably works for Sony Entertainment or is closely associated with someone who works for the company. And they wanna remain anonymous to avoid being fired. According to Playstationlifestyle.net, Utopianthrowaway90 supposedly received this information from their “contact” who’s familiar with the sequel’s development. The leak outlines the rumored details in a long list, alleging that Insomniac’s follow-up will take place during the winter, five to six months after the first game’s events. Peter Parker, then, is still mourning Aunt May’s death. While he lives with Mary Jane, she doesn’t appear much in the narrative’s first act. 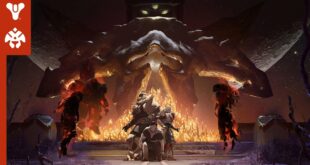 Destiny 2: The Witch Queen – Season of the Haunted Trailer