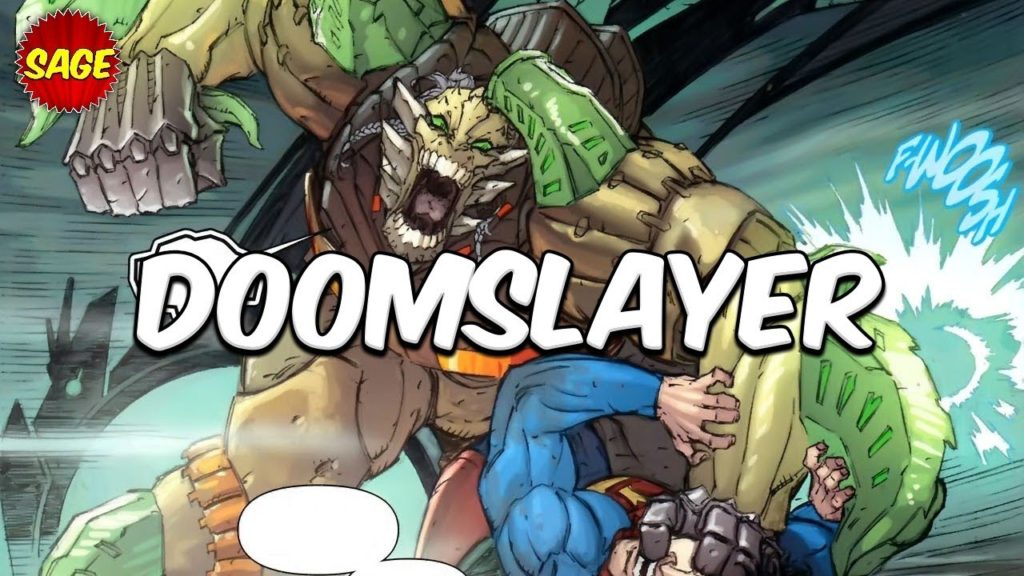 This video explores the abilities, powers, and origin of the DC Comics character “Doomslayer.” From his origin being due to a plot by Lex Luthor’s to get a Black Lantern Power Ring by distracting the Justice League and the “Superman Family” with a Doomsday clone, to a cloned Doomsday defeating and imprisoning all of his various “Supermen” targets, the original Superman discovering Luthor’s plans and rescuing his fellow superheroes from an alien ship, Kal-El, Steel, Eradicator, Cyborg Superman, Superboy, and Supergirl discovering more specialized Doomsday clones and the highly evolved Doomslayer, Doomslayer easily destroying the Eradicator while stating his plans to eliminate the “infection” of all Doomsday beings by destroying the Earth, to his final battle with Superman and the Eradicator-controlled Doomsday leading to his being sent to another dimension; Let’s take a look at this DC supervillain, and powerful enemy of whomever interferes with his plans to destroy Doomsday. This includes a short, canon character biography and my own opinionated “Sage Rating,” which I use to give ratings of comic books and science fiction characters.

The Doomsday that would become the Doomslayer began his existence as a Doomsday clone created by Lex Luthor, who sought to create an army of Doomsday clones to keep Superman and his allies distracted while he sought the remaining Black Lantern energy that had been left after the Blackest Night.

This clone had been stored inside a mysterious interdimensional biomechanical lifeform that had been captured by Luthor and modified to suit his purposes. Each time a Doomsday clone defeated one of Superman’s allies, it would bring him/her to the ship.

However, the Superman Family managed to escape imprisonment and tried to escape, only to fight an army of Doomsday clones. Supergirl punched the clone through a tunnel inside the ship, hurling the creature through a space-time portal. In this portal, minutes became days, and the clone was infused by the creature’s knowledge, attaining sentience and a different physical shape. He also developed a large hatred towards Doomsday and everyone related to it in someway. Thus, the Doomslayer was born