In 2017 the Blade Runner story will finally continue. The Blade Runner 2049 Trailer is the first reveal of the much anticipated sequel starring Ryan Gosling, Jared Leto and of course Harrison Ford. First Ford returns as Han Solo, now Rick Deckard, so Indiana Jones cant be far off!

The Blade Runner 2049 Trailer is dark and moody and doesnt really give much away. The gist of the movie is years after the story of the first film, a new blade runner, LAPD Officer K aka Ryan Gosling, unearths a long-buried secret. A new Blade Runner film has always felt as elusive as a unicorn, so what is this secret? Well society is not what it used to be and this secret could drop society into the fire out of the frying pan! K embarks on a side quest to find Deckard the last Blade Runner who has been missing for 30 years! 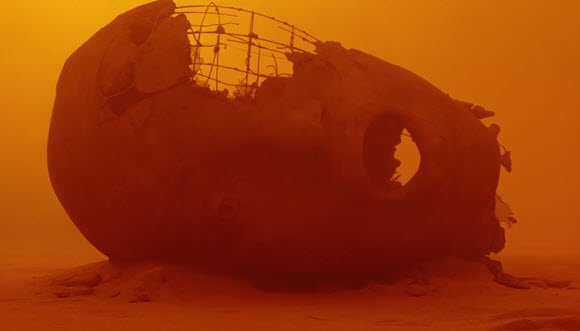 “I had your job once and I was good at it” says Deckard in a nod to the original. Its hard to say if it looks any good or not. The Blade Runner 2049 Trailer is a teaser, so was never going to give too much away. The actual release date is still about 11 months away. The internet has described the trailer as ominous, noir, tantalising and dark. Much like the original Blade Runner.

Many fans of the original and fans of cinema in general were questioning the need to make this sequel, and so was the director, Denis Villeneuve! But apparently the script was so good, he agreed to do it. For the people who were ok with a sequel being made, its been a long wait since 1982!!

Its in theaters October 6, 2017, so there will be many more teasers and full trailers until then. We were in the camp of  hating on the idea of a Blade Runner sequel, this teaser actually got us excited to see 2049.