Marvel Match-Ups That Would End In 5 Seconds

Sometimes it can be great seeing evenly matched characters take part in a knock-down, drag-out fight. But there are some superheroes who are just way too powerful for even their friends to stand against. Does a human like Clint Barton really stand a chance against someone like Professor X? And even though Loki is one of the most beloved characters in the Marvel Cinematic Universe, could he really take down Doctor Strange? Today we’re going to be talking about maybe not the best fights, but the ones involving some of the weakest characters and those who would be perfectly suited to defeat them. Black Widow wouldn’t stand a chance against Captain Marvel, and even though he’s the new Captain America we just can’t see Sam Wilson taking down the Incredible Hulk. Star Lord leads the Guardians of the Galaxy but he wouldn’t last five minutes in a fight against the Scarlet Witch. Thor the God of Thunder is a cheerful guy, but if he goes all out there’s no way he would be beaten by someone like Ant Man.

After hearing our ideas, let us know how you think these Marvel matchups would work out if they actually took place, and share which fight you’d most like to see in the MCU. Before you go, make sure to click on the subscribe button and turn on your notifications to get access to all of the latest and greatest content from us here at CBR.

Previous Landowners are earning millions for carbon cuts that may not occur
Next The Witcher Season 2 Vesemir casting revealed: Here’s who will play Geralt’s mentor 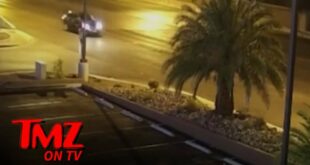