Tom Servo and Crow T. Robot get the star treatment during their day at Netflix.

A Kickstarter campaign, spearheaded by Hodgson and Shout! Factory, surpassed the goal of funding the production of 14 new episodes and set the world record as the highest-funded film and TV crowdfunding campaign in history.

Mystery Science Theater 3000’s national broadcast life began in 1989. Set on the Satellite of Love where a human host is trapped by mad scientists with his two robot sidekicks and forced to watch an endless run of B movies. The format proved to be popular, and during its eleven years and 198 episodes on the Comedy Channel and Sci-Fi Channel, it attained a loyal fan base and critical acclaim, including a Peabody Award and two Emmys® nominations.

Previous The Miz regains his Money in the Bank contract: Raw, Dec. 28, 2020
Next Concept Art is Important! MY ARTIST MISTAKES 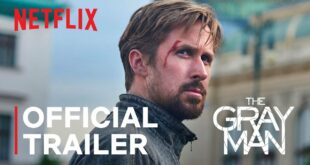