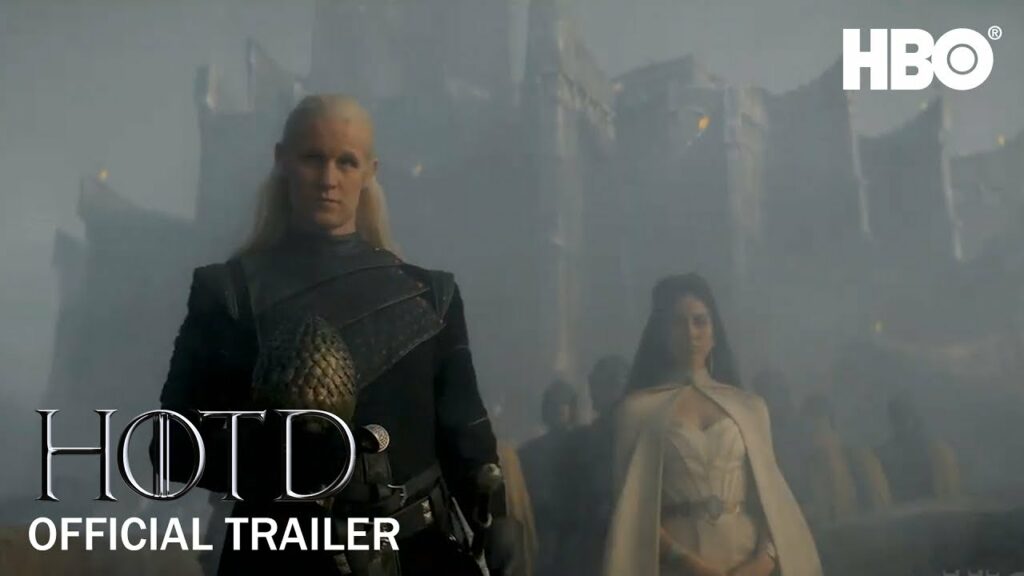 Adapted from George R.R. Martin’s novel Fire & Blood, House of the Dragon is a Game of Thrones prequel series that takes place 300 years before the events of the HBO series. The showrunners of House of the Dragon are Ryan Condal and Miguel Sapochnik, both of whom have battled their way through Game of Thrones.
The series, which takes place 300 years before the events of Game of Thrones, chronicles the narrative of a terrible chapter in the Targaryen family’s history, one that pitted siblings against siblings and dragons against dragons. The bone of disagreement, of course, is over who should be the next ruler of the Iron Throne.

“If you’d like to know a little more about what the show will be about… well, I can’t actually spill those beans,” Martin teased on his blog, “but you might want to pick up a copy of two anthologies I co-edited with Gardner Dozois, Dangerous Women, and Rogues, and then move on to ArchmaesterGyldayn’s history, Fire & Blood.” “If you’d like to know a little more about Martin’s “The Princess and the Queen, or, the Blacks and the Greens,” which is described in promotional materials as a “35,000-word novella” and set “almost two centuries before the events of A Game of Thrones” and “about the Dance of the Dragons,” is included in Dangerous Women.

To the contrary, The Rogue Prince, or, a King’s Brother, by George R. R. Martin, is included in the anthology Rogues. The story chronicles “the early life, adventures, misdeeds and marriages of Prince Daemon Targaryen,” who is regarded as “one of the biggest rogues in the entire history of Ice and Fire.”
Finally, the novel Fire & Blood, which was published in November 2018 and is the first novel in a two-part history of the Targaryens in Westeros, is the first novel in the series.

According to the book’s description on the author’s website, “Centuries before the events of A Game of Thrones, House Targaryen — the only dynasty of dragonlords to survive the Doom of Valyria — took up home on Dragonstone.” According to the official website, “Fire & Blood begins their story with the legendary Aegon the Conqueror, architect of the Iron Throne, and then recounts the generations of Targaryens who fought to hold that iconic seat, all of the way up to the civil war that nearly tore their dynasty apart.”

House of the Dragon will be about the Targaryen civil war, which will be shown in the Dance of the Dragons.
We only know what George R.R. Martin has said about his involvement, which is what he has said himself. According to George R.R. Martin: “[House of the Dragons] is something I anticipate to be engaged with to some extent — perhaps even scripting a few episodes if things pan out the way they should, like I did for the first four seasons of GAME OF THRONES. But… please allow me to be crystal clear on this… In order to complete and deliver WINDS OF WINTER, I will not accept new screenplays until that time. Winter is still on its way, and WINDS continues to be my top priority, no matter how much I’d like to write an episode of HOUSE.”
Take a look at this House of the Dragon film, which gives you a first glimpse of what you may expect to see at the House of the Dragon when you visit.

George R. R. Martin and Ryan J. Condal have devised a new fantasy drama television series for HBO, titled House of the Dragon. Game of Thrones (2011–2019) is a fantasy drama television series based on George R. R. Martin’s novel Fire & Blood (published in 2018). Two hundred years before the events of Game of Thrones, the series narrates the beginning of the demise of House Targaryen, as well as the events leading up to the Targaryen civil war, also known as the “Dance of the Dragons.” After receiving a straight-to-series order in October 2019, House of the Dragon will begin filming in the United Kingdom in July 2020, with principal photography slated to commence in April 2021. Ten episodes will be included in the first season of the show, which is expected to launch in 2022.

Developed by David Benioff and D. B. Weiss for HBO, Game of Thrones is a fantasy drama television series set in the United Kingdom. It is an adaptation of George R. R. Martin’s epic novel series A Song of Ice and Fire, the first of which is A Game of Thrones, and the second of which is A Winter’s Tale. The episode was filmed in several locations throughout the world, including the United Kingdom, Canada, Croatia, Iceland, Malta, Morocco, and Spain. This eight-season television series premiered on HBO in the United States on April 17, 2011, and ended on May 19, 2019, after a total of 73 episodes were shown across eight seasons.

Set on the fictional continents of Westeros and Essos, Game of Thrones has a large ensemble cast and follows several story arcs throughout the course of the show. The first major arc concerns the Iron Throne of the Seven Kingdoms of Westeros through a web of political conflicts among the noble families either vying to claim the throne or fighting for independence from whoever sits on it. A second focuses on the last descendant of the realm’s deposed ruling dynasty, who has been exiled to Essos and is plotting to return and reclaim the throne. The third follows the Night’s Watch, a military order defending the realm against threats from beyond Westeros’s northern border.

Game of Thrones has garnered a record number of viewers on HBO and has a large, active, and multinational fan base, according to the network. Despite the series’ frequent use of nudity and brutality (including sexual violence), critics have commended the acting, complex characters, story, breadth, and production standards of the show. The final season garnered a great deal of negative feedback from the critics because of its shorter running time and creative decisions, with many seeing it as a sad conclusion. With 59 Primetime Emmy Awards, the series has won more awards than any other television drama series in history. It was named Outstanding Drama Series in 2015, 2016, 2018 and 2019. Three Hugo Awards for Best Dramatic Presentation, a Peabody Award and five Golden Globe nominations for Best Television Series – Drama are among the various honours and nominations received by the show. According to a large number of critics and media, the show is one of the best television shows of all time.

Copyright Disclaimer Under Section 107 of the Copyright Act 1976, allowance is made for “fair use” for purposes such as criticism, comment, news reporting, teaching, scholarship, and research. Fair use is a use permitted by copyright statute that might otherwise be infringing.

The Last of Us Series Trailer Concept HBO (2021)