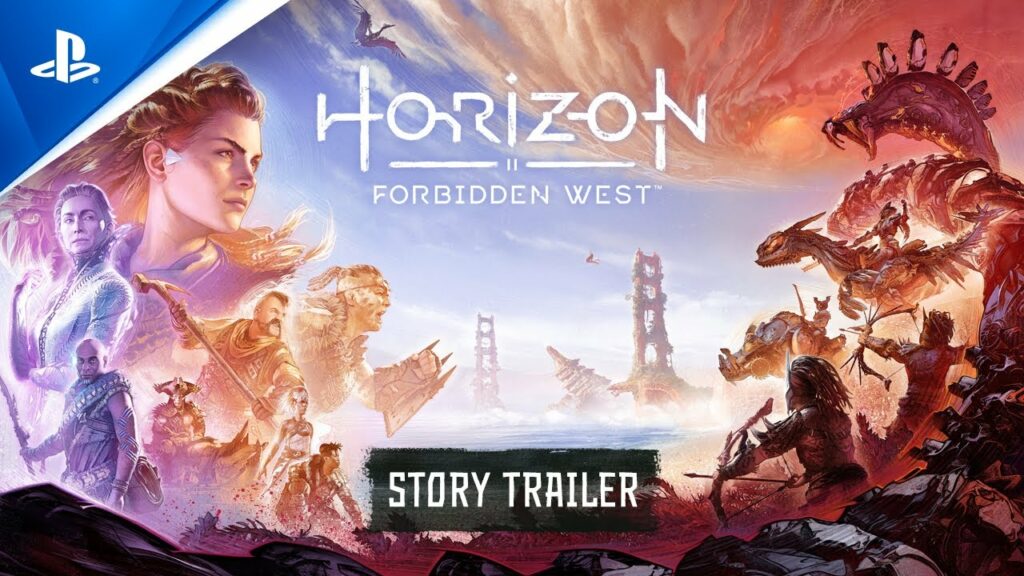 RISE ABOVE OUR RUIN.

Discover what lies ahead for Aloy in the Forbidden West…

Gameplay
Horizon Forbidden West is an action role-playing game played from the third-person perspective. Players control Aloy, a huntress in a world populated by dangerous machines. Set in an open world, the game will explore the mysterious frontier known as the Forbidden West, a post-apocalyptic version of the western United States, specifically the states of California, Nevada, and Utah. The map will be larger than in the previous game, filled with secrets that lie beneath ruins from the world of the Old Ones. The game will feature a multitude of recognizable locations including a ruined San Francisco and the Yosemite Valley with various biomes.One of the main additions to the sequel is the element of underwater exploration. Players will be able to uncover the mysteries beneath the surface of seas, lakes and rivers. The game will also feature enhanced melee combat, revamped climbing mechanics and improved traversal options over the original game with the addition of the Valor Surge system, freeform climbing and tools such as the Shieldwing, Focus Scanner, Diving Mask and Pullcaster.

Synopsis
Horizon Forbidden West continues the story of Aloy, a young huntress of the Nora tribe, as she leads a band of companions on a quest to the arcane frontier known as the Forbidden West to find the source of a mysterious plague that kills all it infects. On her journey across these uncharted lands, Aloy encounters new and unfamilar regions ravaged by massive storms and deadly machines, and comes into conflict with an army of nomadic raiders who have managed to tame the machines for use as war mounts. She also discovers a vast array of environments and ecosystems, including lush valleys, dry deserts, snowy mountains, tropical beaches and ruined cities, both above and below the water.[citation needed]

Find out more at: https://blog.playstation.com/2022/01/19/guerrilla-offers-a-preview-of-aloys-epic-quest-into-the-forbidden-west/

Spider-man Across The Spider-verse Trailer (2022)